As I noted last week, the curious thing about John le Carre (or, rather, one of several curious things) is that no sooner had he cooperated with Adam Sisman on the unfortunately flawed biography than, within a matter of months, he produced his own memoir, complete with the title he has given to almost all his earlier books at one time or another. 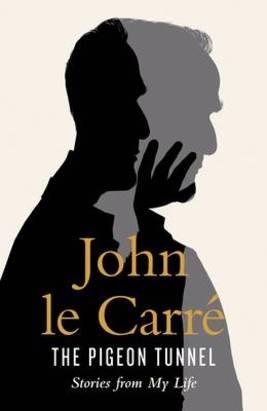 It goes without saying that he covers much of the same ground - his con-man father Ronnie, his brief career as a spy, working on the films of his books. It's no great surprise that he does it better, because he is a far superior writer. He also does it in exactly half the length, which surely cannot be a coincidence and - this is the surprise - he reveals the aspect of himself which Sisman insisted upon (at length) but could not demonstrate. That is to say, his humour. Yes, after fifty years in print, John le Carre proves himself to be not only witty but, on occasion, laugh out loud. At eighty-four, moreover, he shows himself to be a born raconteur, something he perhaps inherited from his father.


What he has done is perhaps cruel. Sisman obviously sweated blood building his tome. Fact is, though, if you want to know anything about the man behind the pseudonym, or if you simply want an entertaining tour round the life of a successful author in the second half of the 20th century, forget the back-breaking biography and take up the memoir.
Posted by rogerwood at 15:15