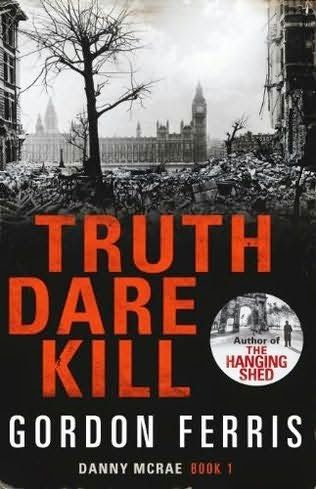 Ferris sets his crime thrillers in the immediate postwar period, when everything was still rationed but already people were starting to wonder how we could have won against the odds and yet seemingly lost everything.  His Douglas Brodie quartet is set in Glasgow, whereas Danny McRae is a private eye in London.  Otherwise, the two protagonists are much too similar - born in Ayrshire poverty, both ex-Glasgow coppers, both elevated to rank in the war, both damaged by the experience.  To be fair, McRae is much more damaged.  He was an SOE operative captured by the Germans and beaten to within an inch of his life.  As a result he is visibly and mentally scarred.  He has lost an entire year of memory and suffers crushing headaches during which he loses days and suffers all sorts of visions.  During these episodes, who knows what he gets up to?

A rare paying client sucks him to a dark family secret which also opens a door onto his own past.  Further than that, it wouldn't be fair to go, because Ferris revels in tangled webs for his plots.  On that score, I will content myself by saying, the final twist is an absolute stunner which I, for one, did not suspect.

Otherwise, Ferris writes well, very well.  His characters, male and female, are equally interesting and fully rounded.  His research rings true.  I will certainly be on the lookout for the second McRae, The Unquiet Heart.
Posted by rogerwood at 15:31 No comments:

The Virgin in the Ice - Ellis Peters 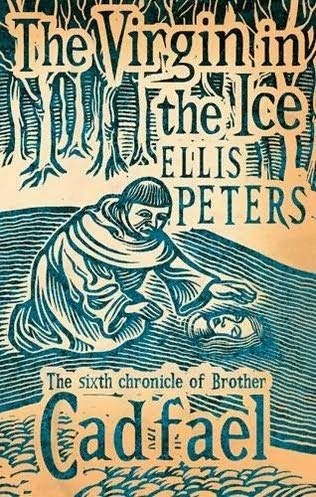 This was the sixth Brother Cadfael mystery by Ellis Peters, also known as Edith Pargeter, published back in 1982.  Peters was the original author of medieval murder mysteries, a field which has now proliferated into a double sub-genre of history and crime.  I can't remember if Peters came before or after Umberto Eco's overblown In the Name of the Rose.  To my memory they were coeval.  Certainly Peters wrote a lot more of them.

In this story, it is coming up to Christmas 1139, the first year of the Anarchy - "years in which the saints slept" - when the last of the The House of Normandy, Stephen and Matilda, vied for the English crown. Cadfael is called away from Shewsbury to nearby Bromfield to tend a monk who has been beaten and left for dead.  Meanwhile the authorities are searching for a brother and sister, heirs to a great estate, who have gone missing.  And then Cadfael himself finds the titular virgin entombed in a frozen beck.

The plot unfolds smoothly.  The writing tends to the stilted, but I find that preferable to giving historical figures a version of modern speech,  Peters is immersed in her period - a similar period in which she wrote her most significant works as Pargeter (for example, the Brothers of Gwynedd trilogy) and brings it vividly to life.  The villain was fairly obvious by about halfway and the twist at the end which is supposed to make us gasp made me cringe.  Nevertheless, a minor classic of the sub-genre which gave much pleasure.
Posted by rogerwood at 17:59 No comments:

What It Was - George Pelecanos

In the present day, two middleaged men chew the fat in a Washington bar.  Both are PIs from Pelecanos's earlier fiction - his original character, Nick Stefanos, and the post-Millennium character Derek Strange, this time without his partner Terry Quinn.

They reminisce about their youth, back in the Seventies, and Strange tells the tale of the notorious Red Fury who made a brief, spectacular name for himself in 1972.  The book is really about Red, as Pelecanos makes clear in the Intro - and Red is based on the real-life Cadillac Smith.  Strange is the right character to oversee Red's story because he, like Red, is black.  Red gets his handle from the reddish tinge of his distinctive Afro.

The 1972 Strange, four years out of the MPD and newly set-up as a PI, is drawn into Red's story by virtue of ring he is hired to find.  Pelecanos is really shrewd here, because commonsense tells us PIs are rarely hired to investigate killings.  The Homicide detective is Frank 'Hound Dog' Vaughan, a middleaged cop on the verge of retirement, thus making the circle with 2012 Strange and Stefanos.  Vaughn was Strange's partner back in '68, which again makes their cooperation in '72 sensible.

Vaughn is not the only one on the tail of Red Fury.  Red has caused a New York mobster to lose money and face, which is clearly not acceptable.  Red himself knows his days are limited.  The question is, who is going to get to him first?

Nobody writes dialogue as naturally and convincingly as Pelecanos.  Writing The Wire clearly honed his technique into a minor art form.  The characters, as ever, are compelling and multi-layered.  There is a slight problem structurally - he sets up Strange as the storyteller but immediately switches to third person for the story itself, allowing him to fully develop all his main characters.  He tries to resolve the problem with a jokey and unnecessary Outro, but for me that makes it worse.  What makes the novel sing, though, is the wonderful, encyclopedic period detail.  The beers, the cars, the fashions, the hairdo's and, above all, the music.

I have admitted in other reviews that I am not a big fan of the Derek Strange series.  But What It Was is nevertheless a reading treat.
Posted by rogerwood at 17:12 No comments:

Death of a Murderer - Rupert Thomson

We all know who the murderer is. There's a photo of her on the cover. That photo. It's November 2002 and she's died in prison. Unlucky career constable Billy Tyler draws what is literally the graveyard shift, guarding the body in the hospital morgue, protecting the infamous woman from the press, souvenir hunters, the kind of vulnerable people who get worked up into a lather over crimes committed forty years ago. Billy's wife Sue, who's going through a difficult time, doesn't want him to do it. But Billy's former protege, now his superior, has asked him as a personal favour. And besides, where's the harm? The body's locked away in a drawer; he can't even look on the face.Inevitably, the the hours round midnight, Billy's mind starts to wander. He comes from the same area as the murderers, he is the same generation as their victims. There are connections, parallels. Billy confronts his past, his life now.Death of a Murderer is the only Rupert Thomson novel I have read. It won't be the last. The stunning premise, compressing so much emotional resonance into a twelve-hour shift; the central conceit, which I won't reveal here, leaving you to experience the jaw-dropping moment for yourself; and above all the prose - nothing elaborate, nothing overwrought, just simple, steady, everyday language transcribing the experience of life.

Superb and highly recommended.
Posted by rogerwood at 12:46 No comments: 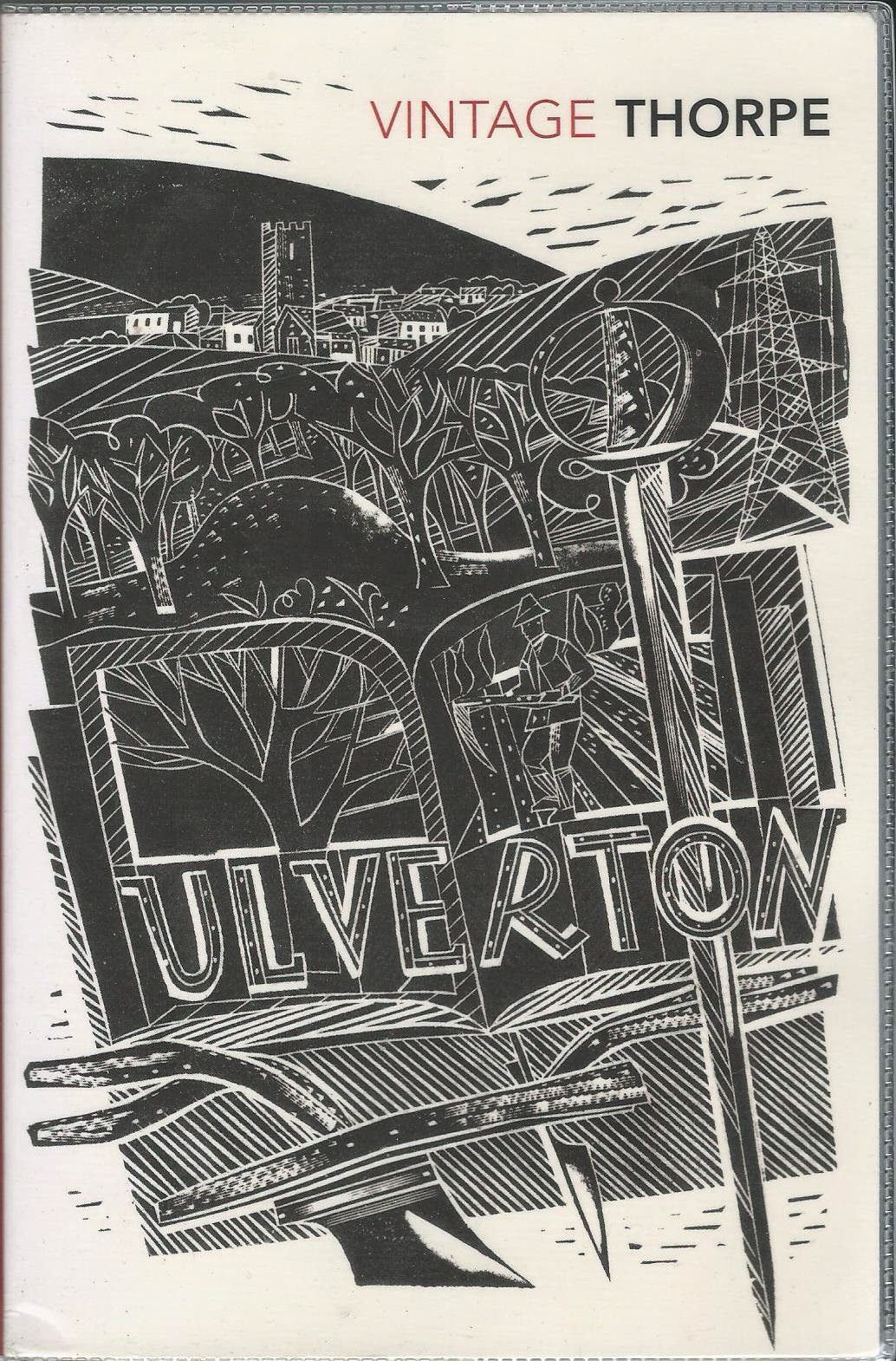 Amazingly, Ulverton (1992) was Adam Thorpe's first novel, an astonishing achievement in itself, in that it's not a novel in the customary sense.  There are no continuing characters for us to follow, no integrated narrative sweep.  Instead, what we get are twelve excepts from the history of the village - itself, not explicitly located or described.  Each segment has a different voice and a different format.  We begin in 1650 with someone just telling his story, these being pre-literate days in Ulverton (albeit far from the case in history).  We end in 1988 with the post-production script of a documentary.  In between we have journals, a drunken man spinning his tale for more drink, a draft account of being the amanuensis to a forgotten cartoonist and, my favourite stylistically, the description of photographic plates which we don't of course see for ourselves.  Ulverton the village is only a tenuous link; by no means all of the action takes place there.  Instead, the great over-arching link is the land itself, how it is tended, improved, used and even desecrated.

Inevitably, given the truly mixed bag we are offered, some parts work better than others.  For me, unfortunately, the last two chapters (the cartoonist and the documentary) failed terribly.  I hated the former and got just plain bored with the latter.  Personally, I would have ended with the first world war.  The discovery which joins the beginning to the end could have fitted better, and more symbolically, in 1914.  That, though, is personal taste.  Ulverton remains an incredible achievement.  And I liked it well enough to buy Thorpe's most recent novel, Hodd.

Incidentally, what a fabulous cover - the woodcut by Jonanthan Gibbs.  It was that which caught my eye, so it certainly did its job.
Posted by rogerwood at 14:54 No comments: