Swan Song is a debut novel longlisted for the women's fiction prize.  It tells the story of Truman Capote and his 'swans', a coterie of super-rich women who confided all their secrets to the supposedly harmless gay midget, only for him to spill the beans in extracts from his never-completed novel Answered Prayers, which he sold to Esquire magazine when he could extort no more cash from his publishers.  The sin was unpardonable, and he never was forgiven, so Capote drank and drugged himself to death before he was sixty.

Most of the swans are now forgotten: Babe Paley, wife of the boss of CBS; Gloria Guinness; Slim Keith, wife to both film director Howard Hawks and Broadway producer Leland Hayward; Princess Lee Radziwill, sister of Jackie Kennedy; Marella Agnelli, wife of Fiat supremo Gianni; and C Z Guest, whose husband was the grandson of the Duke of Marlborough and thus cousin of Winston Churchill. Pamela Churchill, ex-wife of Winston's son Randolph, also plays a significant role.  Truman Capote, however, seems to have kept his reputation long after his death, surprising in one who wrote so little, albeit what he wrote is truly exceptional.

Greenberg-Jephcott cleverly hops back and forth through time.  This is always a difficult trick but she judges it perfectly.  I am not so keen on her attempts at Southern drawl and not all the swans are equally well realised.  However set-pieces like Capote's era-defining black and white ball are brilliantly achieved.  Another trick she pulls of successfully is having the novel narrated by the swans en masse - 'we' rather than 'I'.  I haven't seen it done elsewhere and was highly impressed.

I hadn't realised but another novel on the same subject came out in 2016 (The Swans of Fifth Avenue by Melanie Benjamin), two years before this.  Greenberg-Jephcott must have been livid.  It would be interesting at some point to compare the two.

Posted by rogerwood at 15:43 No comments: 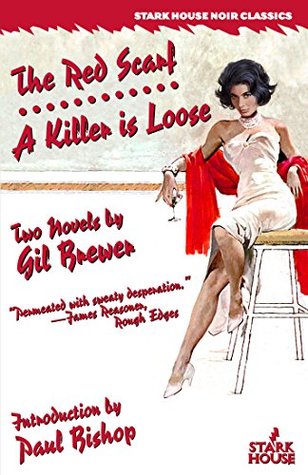 Classic noir from a classic noir author - that is to say, alcoholic and frustrated by his lack of success.  Gil Brewer drank himself to death in 1983, barely sixty years old.  Still, he had managed to more or less support himself and his family with his writing, entirely for the pulp paperbacks. The Red Scarf was published by Mystery House in 1958 and falls round about the middle of his oeuvre.  Roy Nichols and his wife Bess have gone about things the right way, the American way, starting out with nothing and working hard, damned hard, to build their little nest-egg and get into business.  They have bought a nice little motel right where a brand new highway is planned.  But then the highway is put on hold and they are living hand to mouth.  In desperation, Roy has headed up to Chicago to try and tap his brother Albert for a loan.  Albert, of course, will do no such thing.  Roy is down to his last few dollars - can't even afford the bus home.  So he cops a ride with a couple of grifters, Teece and Vivian.  They have a car, they have drink, Vivian has curves in all the preferred places and there is a briefcase of stolen money, held together with the red scarf of the title, Vivian's good luck talisman, which turns out to be not so lucky after all.

Plot is clearly paramount with Brewer and he does it really well, the fugitives holed up in Nichols' motel with Nichol's suspicious wife, the cops and the mob both hot on their trail.  The prose is proficient and the end perfectly satisfactory.  A paradigm of the genre - and only half the fun to be had from this Stark House Classic Noir ebook.

Posted by rogerwood at 16:19 No comments: 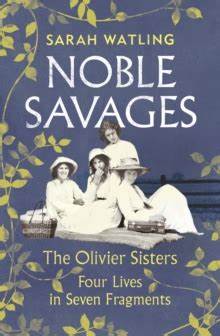 The subtitle tells you everything you need to know: Noble Savages is the story of the four Olivier sisters told in seven fragments.  That there were four sisters is indisputable; the need for seven sections is neither apparent nor especially useful.
The Oliviers were the daughters of Sir Sydney, an upper middleclass socialist, diplomat, and governor of Jamaica, where the girls spent parts of their childhood.  This made them exotic, slightly savage, and the talk of the town when they arrived in London for their advanced education.  They were also extremely beautiful, which helped, and given to nudity, which helped even more.
Brynhild was the most beautiful.  She was also the least bright.  She married earlier and had a child almost straightaway.  The unlikely star of the quartet was the youngest, Noel, whom Rupert Brooke fell for when she was only 15.  In fact, she is the only reason for this book.  For forty years, since John Lehmann and Paul Delany launched a wave of 'new' Brooke biographies, Noel was the focus of attention, largely because she doubled the number of women Brooke was known to have courted and indeed proposed to, whereas hitherto he had been assumed to be gay, largely because so many of his circle were.  Now Noel is known to be just one of many and Rupert Brooke was propositioning simultaneously.  Indeed, he courted three of the four Oliviers and we must be grateful he didn't set his cap at their beautiful and vacuous mother.
The fact is, the sisters were neither happy nor successful.  They were the centre of attention of a circle of gay and lesbian dilettantes who were easily bored.  They had plenty of admirers from roughly 1908 to 1914.  After the war they were peripheral figures from a very different past.  Noel, to her credit, refused to have anything to do with the insane hero-worship which grew up around Brooke.  She had a successful medical career, a much less successful private life, and ended up surly and eccentric.
Sarah Watling does a great job with unpromising material.  She makes all the sisters likeable to an extent because she portrays them warts and all.  Watling is a very fine writer with a wide knowledge of the time of which she writes, and I look forward to whatever she chooses to write next.
Posted by rogerwood at 16:33 No comments:

Virtual Light is the first of the 'Bridge' trilogy.  The second is Idoru, which I am yet to read, the third All Tomorrow's Parties reviewed below (October 31 2018). 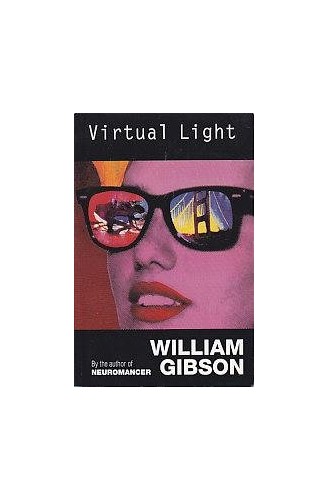 We begin with Berry Rydell, trained as a cop in Knoxville but dismissed after 13 weeks for blowing away a nutjob who he thought had kidnapped a kid.  He moved to LA to work as rent-a-cop but again makes a mistake and has to be let go.  However his extreme driving skills have been noted and his supervisor recommends him for a driving job for the parent company up in what remains of San Francisco after the inevitable earthquake.  The job is to drive a senior recovery agent who has injured his leg skateboarding.  The agent - wonderfully named Warbaby - is after a bike courier called Chevette Washington who appears to have stolen a highly significant pair of virtual light glasses.  She might also have given the original courier a Cuban necktie, but the glasses are what matter.

But it is Berry who tracks Chevette down to the Gold Gate bridge where many of the dispossessed have built a shanty city of their own, where she is something of a live-in nurse for one of the original bridge settlers, Skinner, the subject of a sociological research paper by Japanese student Yamazaki.  Berry saves Chevette from Warbaby and his crew of Russian cops.  The chase is on and sparks fly.

Gibson is my absolute favourite writer, creator of wonderful characters and the hardest-boiled prose this side of James Ellroy.  Virtual Light is one of his best, far better than Mona Lisa Overdrive and every bit as good as All Tomorrow's Parties.

Posted by rogerwood at 17:05 No comments:

The Witch of Prague and other Stories - F Marion Crawford 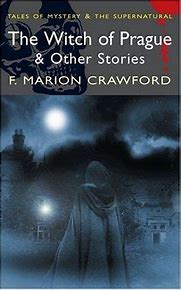 This Wordsworth collection contains all the weird fiction of Crawford, a bestseller from the turn of the 19th and 20th centuries.  There are just eight stories and the titular novel, yet Crawford has always figured in lists of the best and scariest practitioners.  I can now see why,
The Screaming Skull is probably his most anthologised story but my favourite was The Upper Berth, a ghost story set at sea in which Crawford really relies on his favourite stratagem - we see nothing but we definitely feel the terror.
The novel, however, is pure fantasy - a gothic fantasy, to be true, but not for me I'm afraid.
Posted by rogerwood at 16:04 No comments: