The Prince and the Whitechapel Murders - Saul David

I'm a thoroughgoing Ripperphile and therefore could not resist this fictional version. 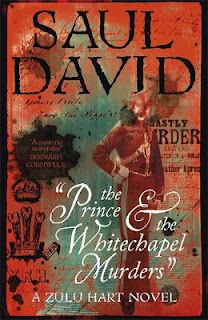 It's a Zulu Hart novel. That gave me pause. Zulu is actually Major George Hart VC, son of an Irish actress with Zulu blood and the Duke of Cambridge. No, not the current one - this is George, 2nd duke of Cambridge, Field Marshal and cousin of Queen Victoria. As such Zulu George is recalled from Gibraltar and offered two clandestine tasks - the first is to infiltrate the Fenian movement that is terrorising London, the second to keep and eye on the second in line to the throne, Prince Albert Victor, and wean him off his homosexual friends. This is complicated when prostitutes start being 'ripped' in Whitechapel and clues point to the prince's involvement.

The adventure clips along nicely. Young George is a splendid character for an adventure series, brave, honest and just sufficiently conflicted to spice things up. The plot is cleverly worked and gives what is probably a fair portrayal of the young prince - thick as a plank, sexually conflicted, but not a danger to society. I won't say who David puts forward as his murderer but I will reveal that he goes for one of the rarer ploys, which is that the Ripper was a two-man operation. This relies on two of the murders, Liz Stride and Martha Turner, neither of whom are always canonical. But it also reflects a number of more recent serial killer cases in which two men were involved, for example the John Duffy railway murders. 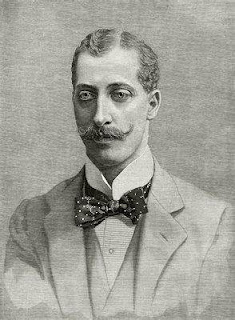