The Hand-Reared Boy, part one of Aldiss's Horatio Stubbs trilogy, purports to be the autobiographical coming-of-age memoir of a sexually-precocious teenager on the eve of World War II. Horatio, we assume, is Aldiss thinly coated. But is it? Aldiss, who died last month at the grand age of 92, is clearly not called Horatio and I doubt very much he had a brother called Nelson. Horatio, it is very clear, was born in 1922; he is seventeen when war breaks out in 1939. Aldiss, however, was born in 1925. So what is going on? What is real personal experience, and what is novelistic construct? 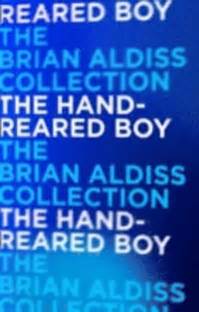 That is essentially what kept me going with this ebook - that, and Aldiss's plain-speaking prose style. What is basically a pubescent marathon of masturbation is rendered extremely readable. I remember reading it when it first came out, when I was Horatio's age, in 1970. It didn't interest me because I had all the usual teenage emotions, hopes and guilt about sex but I didn't have siblings and I didn't attend a public school. In fact, it put me off Aldiss for a considerable period. My feeling at the time was, this is an impossibly middleaged man (who was 45, the same age Horatio declares himself to be as he writes) with a moustache like my dad's, who was trying to cash in on the somewhat sordid British take on the sexual revolution of the Sixties. Reading it now, much older and with much more impressive facial foliage of my own, knee-deep in an age of Neo-Puritanism, I read with more experience, technical knowledge, and compassion.


Is Sister Traven, the school nurse, who relieves the pressure for so many of the boys in her care, based in any way on a real person? Did Aldiss, like Horatio, really interfere with his younger sister? As a senior Youth Magistrate I have sent boys into youth custody for doing exactly that. As a non-family person, now with no relatives whatsoever, what the hell goes on in ostensibly 'normal' families?


I bought the other two volumes in an Amazon Kindle deal on the day Aldiss died, so we shall see what develops.
Posted by rogerwood at 15:57