After reading The Dead House last month, and encountering DS Fiona Griffiths for the first time, I had to have more. Luckily, I found the latest in the series straightaway. 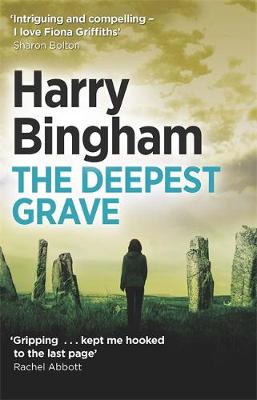 The Deepest Grave starts with the ritual slaying of a Welsh archaeologist. Fiona soon finds herself enmeshed in the weird and not-so-wonderful world of faked antiquities and Arthurian nutjobs. There is a conspiracy afoot; like all conspiracies it is fundamentally silly to everyone on the outside but that doesn't prevent it from doing serious damage to those who stumble where they shouldn't.


There is even more action than there was in The Dead House, with serious jeopardy for Fiona and those she cares about. The climax is downright bloody brilliant, with Fiona's shady but passionate father stepping up to the plate.


In fact the only downside to The Deepest Grave is a totally unnecessary what-happened-next final chapter. Who cares what happens next? Tell us anything we need to know in the next book. If it doesn't add anything to the next instalment it doesn't matter.


But let's be clear, Harry Bingham is as good as it gets in contemporary British crime fiction and I am a confirmed fan.
Posted by rogerwood at 15:21