Harry Bingham is one of those relatively new crime writers I've seen reviewed and wondered about reading. I have to admit that what put me off was the female lead. Not that I have anything against women detectives - but few male authors can really do great things with them; even as a male reader I get the feeling there is always something missing. 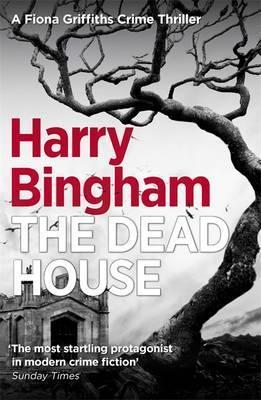 Good news - Harry Bingham is an exception to that rule of thumb. DS Fiona Griffiths is a fabulous series character. Yes, there remains something missing but that is expressly the point. The entirety of her life before adoption is missing. The people who adopted her, who love her and whom she loves in return, have dubious connections. There is a massive backstory hanging over this, the fifth in the series, which - brilliantly - Bingham refers to but does not expound upon. He is playing the long game and we, as readers, are happy to trust him to reveal it when the time comes.


The setting is Wales - big city Wales (Cardiff) where Fiona is based, and the remote village of Ystradfflur, the valley of flowers, where she finds her crime scene. As Bingham puts it---

This is the Wales that pre-existed the Romans, that will outlast our foolish time on earth, our crawl across the face of this dark planet.

In Ystradfflur is a Dead House, the place by the chapel where poor Victorian villagers could lay out their loved one for visits prior to burial. There lies a young blonde woman in a white dress ringed by candles. She has had high quality plastic surgery but hasn't shaved her legs recently. Fiona notices this because she spends the night with the corpse, who she decides to call Carlotta. She communes. She holds hands. And we start to realise just how strange and damaged Fiona really is.

The supporting characters are equally well drawn - vivid where they need to be, prosaic when their main purpose is the highlight the flaws in Fiona. The plotting is multi-layered and complex. The denouement is hinted at throughout but I certainly did not see it coming. I have read a lot of books in my life, averaging at least two a week over half a century and I have never ever seen that ploy used. Yet it works brilliantly. There is real danger for Fiona, real tension for us, both there and in the caving sequence and in her interaction with Len Roberts, the failed smallholding hill farmer who has gone primitive and who is suspected of dark deeds.