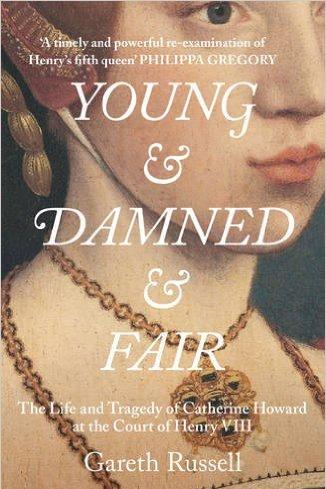 You wait years for a serious biography of Henry VIII's fifth queen, Katherine Howard, then two comes along almost simultaneously. I have already reviewed Josephine Wilkinson's (below). This, by one of the emerging Tudor historians, is the deeper, more thoroughly researched, and therefore the better. It is by no means the better written. 390 pages on a girl who was only about twenty when she died and who only figured on the public stage for perhaps two years, tends to speak for itself.


Russell's problem, in some ways, is that he knows too much. He has done his research and he means you to know that. What he lacks, in my view, is understanding of human nature. He sets up a persona for his principals, and sticks with it. Henry is a querulous ogre, Norfolk a lickspittle, and Katherine herself a bit of a gormless tart. They are the puppets of history rather than its drivers. Russell does not understand that people respond to events; they make choices and they change their opinions.


Where Russell succeeds however, is in those areas where his deep research pays off, for example in the detail he provides for the comings and goings of Francis Dereham, Katherine's fatal fascination. He is very good indeed in describing the way the apparatus of state turned on Katherine and basically crushed her. It really is astonishing how much persecution the Tudor statesmen could cram into their day.


Ironically then, the reader who wants a broad insight into Katherine Howard and her very limited world needs to read both Russell and Wilkinson. Which would be my tip.
Posted by rogerwood at 14:38