The Power of the Dog - Don Winslow 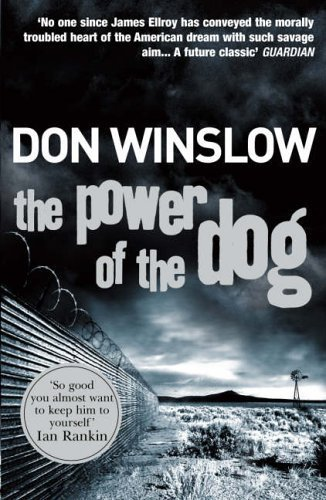 Don Winslow is a bit like James Ellroy. He writes dark crime in short, pared-down sentences. He depicts the underbelly of the American Dream in which corruption is the only currency. Unlike Ellroy, he keeps his conspiracy theories just this side of psychosis.


The Power of the Dog (2005) is perhaps his most ambitious novel. It took him six years to write and Winslow prides himself on productivity. It spans thirty years in the war on drugs seen through the eyes of three main characters, Art Keller, DEA agent, Adan Barrera, drug trafficker, and Sean Callan, Irish mobster turned mafia hitman. Over the years they find themselves in alliances and opposition. Linking them is high-class prostitute Nora Hayden and a broad cast of second-string characters including Tio Barrera, founder of the Mexican drug cartel, Jimmy Peaches Picone, would-be mafia boss, and Sal Scachi, colonel, hitman, the ultimate fixer. And many, many more.


Too many characters? Too much plot? On balance, no. Sometimes, as you work through the 500+ pages, you wonder, is this getting us anywhere? Does this character contribute anything to the whole? But you keep going and find out that, yes, everything contributes, every character serves a purpose. Plotting is Winslow's dominant skill. He writes well - very well - but holds back from launching into the sort of obscene purple prose that curdles Ellroy's later work. The dialogue is spot on - each character has a distinct voice, and the principals also have individual inner voices.


Did I love this book? No - you can't love a book this dark. Is it brilliant? Does it achieve what it sets out to do? Does it make me want to seek out more of Winslow's extensive catalogue, like for example Savages (2010) which Winslow turned into the script for Oliver Stone's best film in years? Yes, yes, and yes. Apparently there are half-a-dozen Neal Carey mysteries, plus standalone novels including The Death and Life of Bobby Z, The Winter of Frankie Machine, and The Kings of Cool. I mean, the titles alone are enough to spark my interest.
Posted by rogerwood at 15:04