Paul Mason is the celebrated TV journalist, probably the last openly left-wing member of the breed. Rare Earth (2012) is his first and so far only novel. 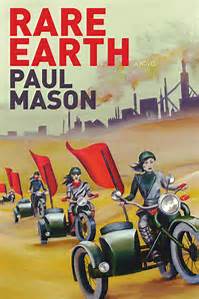 As you would expect, it is about TV journalism. His hero, David Brough, is a gritty Northerner, difficult to employ because of his old-fashioned yen for a real story. He is part of a team visiting China to provide some colour for a feature on the next economic superpower. Unfortunately he stumbles on pollution, corruption and state manipulation of the market in rare earth (compounds essential for digital hardware).


Fair enough, you might think. An interesting and worthwhile read. But then Mason springs his big surprise. Many of the characters are troubled by ghosts - yes, actual dead people spirits who converse with the living as if they were, well, alive. Then there are fantastically inventive characters like the "private military and security" team of supermodel bikers who rescue Brough from the desert and eighty-four year-old General Guo, who once swam in the Yangtse with Chairman Mao and who now seems to be running everything despite living in a shantytown shed.


It's the inventiveness that keeps you hooked for 300+ pages. That and the pacey style, because Mason writes exactly like he speaks - in superfast epigrams. In the hands of another this would be a worthy but scarcely surprising story (it's not exactly a secret that globalisation is built on poverty and corruption); with Mason we get a kaleidoscope of facts, comedy and fantastical fizz. He should make time to write another. 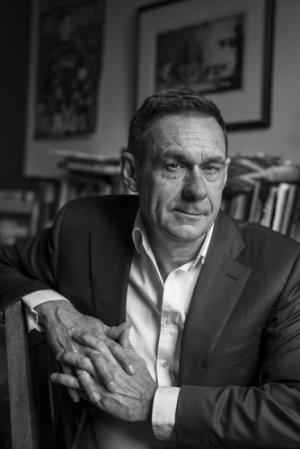