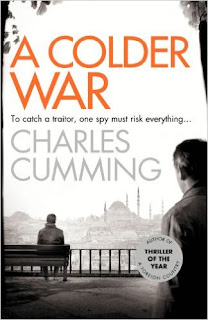 The premise is similar.  Still under investigation for his role in unlawful rendition and torture Kell is called back to action by the misfortune of an old friend and colleague, in this instance Paul Wallinger, chief British spy in Ankara, is killed in a dubious flying 'accident' immediately after a high profile operation he was running with the Americans goes spectacularly tits-up.