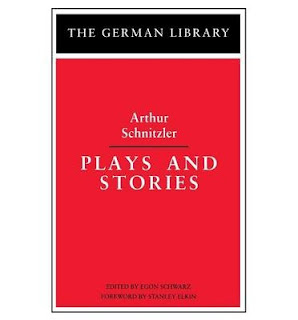 Set, naturally enough, in Italy in the 18th century, this novella is a variant on Schnitzler's usual microscopic analysis of fin de siecle Viennese society.  The theme, however, is his usual - the self-indulgence of sex.

The aged roue is marooned in Mantua, desperate to be allowed to return to his home city after 25 years.  He meets, by chance, Olivo, a local landowner who, fifteen years earlier, Casanova loaned money to in order to marry.  Being Casanova, his motives were not disinterested.  He had already slept with the bride's mother and now slept with Olivo's intended, Amalia, before agreeing to the loan.  Olivo, however, knows nothing of this.  He is delighted to see Casanova, invites him to his country house and insists of repaying the loan.  Amalia is equally pleased to see Casanova.  He even convinces himself that she is eager to revisit their earlier tryst.  But his true target is Olivo's neice and ward Marcolina, a mathematics prodigy a third of Casanova's age.  He determines to have her at any price.  After all, he reasons, she is not a virgin.  He has seen the dashing Lieutenant Lorenzi leaving via her window at dawn.

Schnitzler doesn't moralise.  He wants us to form our own judgements.  It seems to me that while Casanova considers himself the great lover he always in fact contrives to pay for sex like some hideous eighteenth century kerb-crawler.  He is a predator, devoid of conscience.  He is vile, and he returns to Venice to become a paid informer for the Senate, a vile profession.  I was startled, initially, that there is no comeback for his theft of Marcolina's favours.  I had assumed that the tables would be turned and he would himself have been decieved by Amalia or one of the other women he now disdains.  But there wasn't, and that's the point.  The likes of Casanova always get away with their crimes.  The only price he has to pay is that he has to live with himself.  Only in his dreams does his essential humanity surface in horror and disgust, which it does in the sex-sated dream he has immediately after having his way with Marcolina.  You know Schnitzler has a point to make when his paragraph stretches over pages.
Posted by rogerwood at 14:46