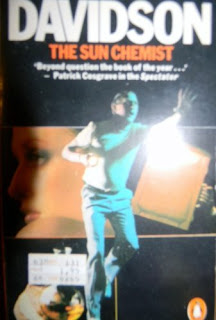 How on earth do you make a thriller out of writing footnotes for the letters of Israel's first president? Lionel Davidson shows how. Igor Druyanov, a historian of Russian descent, is commissioned to prepare a couple of installments of the massive multi-volume Letters of Chaim Weizmann (1874-1952). The years in question were Weizmann's wilderness years - like Churchill, these were the Twenties and Thirties - when he was ousted from the Zionist movement and had to revert to his original profession as a research chemist. 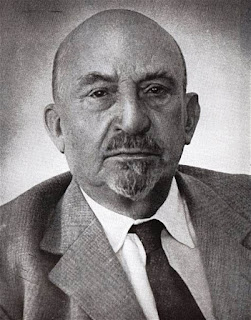 The key to the tension here is that the book dates from 1976 and begins a couple of years earlier, in 1974. This is when OPEC jacked up oil prices, creating a crisis in the West and making the polite, ever-smiling Sheikh Ahmed Zaki Yamani a hate figure. At rhe time it seemed as if the greedy, ungrateful Arabs were threatening the developed world with a new stone age. Indeed, the West has spent the last fifty years developing alternative power sources to avoid a repeat, whilst the Arab world has taken a more moderate line in exploiting what is, after all, their only real resource, and a finite one at that.

But Davidson's book is firmly anchored in 1974-6 and the Israel of that time, a year or so after the first Arab-Israeli war. Davidson might have been born in Hull but at this time he was living in Israel. In the story, it emerges from Igor's research that Weizmann and his research associates might have hit upon a way of synthesizing combustible fuel from root vegetables. It isn't quite so simple, and Davidson spares us none of the science, but that is essentially it: an infinite supply of fuel to a power-hungry world; a windfall beyond price to a state just establishing itself in the deserts of Palestine and the end of time to their near neighbours in the Gulf.

It's a great book and an astonishing feat of writing from Davidson. He was never a scientist, always a journalist but, by God, he does his research. Every part of the book, from the history that drives Druyanov, to the world of international science and petrochemicals, is utterly convincing. Davidson, to be fair, was a peripatetic journalist and, as I say above, lived in Israel - but I've never read anything, fact or fiction, that brings that raw state so alive. Davidson, in my view, is even better than Ambler, better than Greene, and so unusual in his choice of subjects. He deserves to be better remembered than he is. As for this book, is there a thriller in print today that is more topical?
Posted by rogerwood at 14:59