Blackwood was nudging forty when he made his name with the 1908 short story collection John Silence - Physician Extraordinary. He lived for another forty-three years, became a voice on radio and a skeletal face on early TV, but the first decade of the Twentieth Century was his most productive. 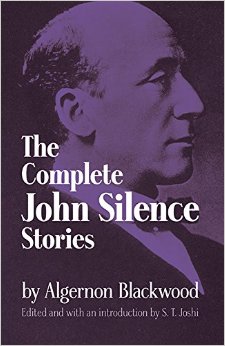 The 'extraordinary' thing about John Silence is that he is a psychic doctor. The tendency has been to class him as a psychic detective like Hodgson's Carnacki (interestingly commissioned by their mutual publisher when it became obvious no more Silence material would be forthcoming) but that is not the case. In some of these stories Silence is little more than a bit-part player, brought on at the end to cure the occult affliction. He is really a therapist, showing victims how to cure themselves, or a consultant brought in to take drastic action. To solve a mystery as a detective is to discover the truth; John Silence, adept in the occult arts and practices, already knows the answer.

The original five stories from Physician Extraordinary are all here in the original order, plus "A Victim of Higher Space" which may have been written alongside the others but which wasn't published until Day and Night Stories in 1917. One thing should be stressed, these are not short stories. They are all around 40 pages save for 'The Camp of the Dog' which is nearly 60. This is important because the long form allows Blackwood to build his horror in layers. Nothing in itself is especially shocking but the cumulative mass really gets into the reader's psyche.

Two of the stories particularly enthralled me, 'Ancient Sorceries' and 'Secret Worship'. Silence is the protagonist in neither; he is just someone who the protagonist confides in. This is good because Silence is a bit of a superhero - hugely wealthy and impossibly learned. He can never be in much jeopardy, so to hook the reader someone else has to be. In 'Ancient Sorceries' it is 'little Vezin ... a timid, gentle, sensitive soul' who finds himself marooned in a rural French town where the locals celebrate the titular sorceries and transform themselves into cats. In 'Secret Worship' it is Harris, a silk merchant,  who decides to visit the school he hated as a boy. The school is in southern Germany, run by monks. Harris is made welcome, which turns out to be a very bad thing for poor Harris. 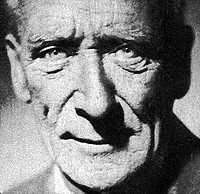 To us, the idea of Victorian tradesmen being educated in Germany seems odd, but it is Blackwood's personal story. He was a perpetual traveller from childhood and is perhaps best known today for tales like 'The Wendigo' which brought Gothic horror to the vast open spaces of Canada, where Blackwood spent much of his twenties. Here, Canada is the setting for 'The Camp of the Dog'. Blackwood was also a member of the Golden Dawn, with Yeats and Mathers, Crowley and Arthur Machen, hence his taste for ancient ritual and, indeed, devil worship. Given the extraordinary nature of the author's life - the first half of it, anyway - S T Joshi's introduction to the collection is essential.

The book is a curiosity, but it is essential for anyone interested in that singular period between roughly 1890 and 1914 when occultism and ritual magic were actually fashionable.
Posted by rogerwood at 14:31