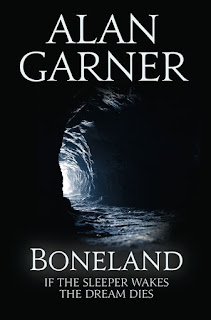 To begin to get a grip on this startling and unique work you have to know a bit about its author. Garner is born. bred and still lives near Alderley Edge in Cheshire. For those who have never been, Alderley Edge is one of those odd offshoots of the Pennine Chain (I myself come from the valley of another) which in their size and isolation seem to be imbued with mystery.


When he was very young, Garner started writing books for children set in Alderley, exploiting that mystery and linking it with long-forgotten Celtic myths and legends. J R R Tolkien had of course done much the same with Hobbits and Anglo-Saxon myth. Garner's good luck was that his book was on offer at exactly the time Tolkien finally found a large adult readership. His misfortune, perhaps, is that he was always linked with Tolkien in terms of genre whereas Garner is a much better writer and his books much more daring.


His first book was The Weirdstone of Brisingamen in 1960. Irs continuation, The Moon of Gomrath, followed three years later. Both follow the adventures of siblings Susan and Colin as they explore Alderley Edge and interact with its supernatural guardians. At the end of the second book, Susan is stranded in another dimension. Clearly here was a trilogy awaiting its third and concluding part.


It turned out to be a long wait. Garner wrote other books in similar vein - The Owl Service, my personal favourite, became a cult classic. He wrote adult books, some of which have supernatural undertones, and he wrote accounts of the ancient British myths. But it was not until 2012, when he was 78 years of age, that Garner brought it all together with Boneland, an adult novel completing the Brisingamen Trilogy.

We find Colin, in middle age, a professor of astronomy based at that other feature of Garner's native district Jodrell Bank (albeit Garner, typically, never names it).  Colin is, to say the least, eccentric.  He lives in a hut in a quarry, has no memory whatsoever of life before he was 13 (his age in Gomrath) and is trying to contact the sister he cannot remember but knows he had through radio interaction with the Pleiades, which would be the action of a madman, obviously, if it weren't for the replies.

His employers send him for counselling. His counsellor, Meg, may or may not be an avatar of the Morrigan, the death goddess who stalked the battlefields of the Celtic twilight.

Interwoven with Colin's exploration is the quest of the prehistoric guardian of the Edge, the solitary Watcher who gives the animals life in song and stone and bone. His, then, is the Boneland. His problem is that he is alone. For ritual purposes it is right that he should be alone - but who does he pass his lore on to? He needs an heir and sets out in search of a woman to mate with. He finds one, sure enough, but - and this is sheer brilliance - she is not the same species as him. Her people know nothing of his lore.  Can he negotiate a solution?

Colin, likewise, finds Susan - or at least the featureless shadow of a girl - in a cleft in the hill which he uses as a wine cellar. Is it Susan? Is this a reunion?  As with the Watcher, Garner does not tell us. He is not a writer of A to B plot progression.  His text is all about evocation, the embodiment of the term 'opaque'. Nothing in Garner's fictional world is real or certain. It is real to the people experiencing it, but never ever certain. That said, much of Boneland is dialogue between Colin and the therapist Meg. Here Garner flaunts his gift for witty, contemporary wordplay.

Alan Garner is now 82. He is one of the few undoubted geniuses in contemporary literature. His output is slender - ten novels in over 50 years. The books themselves are equally brief - Boneland a mere 148 pages. That is because they are polished and condensed, every word weighed, every sentence honed. Why the hell is he not lauded to skies? Why was this summation of his life's work not mentioned in any broadsheet newspaper that I read?  I would have noticed.

Read him. Discover him. Treasure him.
Posted by rogerwood at 15:06