The House in the Dark of the Wood - Laird Hunt 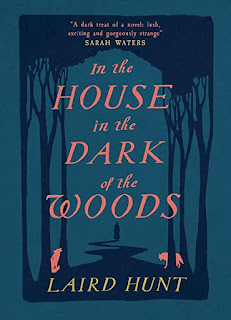 Laird Hunt was a discovery for me.  I had never come across his work before.  This was an offer from Pushkin Books, the ebook for 99p - and what a result!  The House in the Dark of the Woods is a modern fairy tale in the style of Angela Carter.  Like Carter, Hunt plays with traditional folk tropes, in his case American as opposed to Carter's English.  Wandering off into the woods seems to me fundamentally American, and that is what Hunt's unnamed heroine does here. The period seems to be the Puritan era, circa 1700.  The name those she comes across choose to call her is 'Goody' - very Hawthorne and Salem Witch Trials.  The modernist twist is that the woods is where the women hold sway: Eliza, who may well be a witch, and the roistering Captain Jane.  The 'magic' is very original, too.  Eliza exists in multiples, for example.  And as for Red Boy, the supposed master of the woods ... well, that's one of those things you have to read the book to find out.

I was hugely pleased with The House in the Dark of the Woods.  The length was spot on, 160pp or so.  That meant absolutely no room for filler or exposition, which are wholly irrelevant in folk/fairy lore.  The style, to my ear, was note-perfect.  It will come as no surprise that I followed up by buying Hunt's anthology for Pushkin, American Midnight.