The Blaze of Noon - Rayner Heppenstall

Rayner Heppenstall... Where to start? Well, the only reason I bought this book was because Heppenstall is relevant to two of my radio drama research subjects, Eric Linklater (whom he hated) and Dylan Thomas (whom he claimed to be closer to than he was and who quite probably hated him). I have read some of Heppenstall's lesser works. His Imaginary Conversations are rubbish, his Four Absentees is a bit snooty but essential to the study of Fitzrovia in and after World War II. 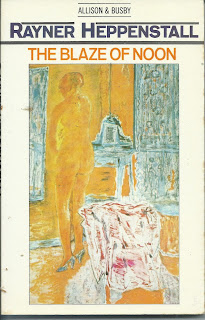 I knew The Blaze of Noon had been a bit scandalous when it came out in 1939 because Heppenstall tells us so at least twice in every book. What makes it scandalous is the sex. One would think, twenty years after Lady Chatterley, with Henry Miller in full flow attitudes might have been more advanced in 1939. Not so. There is a good deal of sex and immorality here; the descriptions are accurate, almost clinical; and mutual masturbation features. But what makes it shocking or distasteful is the contempt with which the process is depicted. Neither partner cares two hoots about the other or indeed other partners who may be effected.


In other senses the novel is even more daring. Our narrator - I hesitate to call him 'hero' or even 'protagonist' - is Louis Dunkel and Louis Dunkel is blind. He used to be prominent doctor but sight loss has reduced him to the role of masseur, in which capacity he is to spend the spring and summer in Cornwall with the slightly invalid Mrs Nance and her niece and nephew, Sophie and John Madron. Louis describes how he gathers first impressions. He is disturbed and intrigued because Sophie withholds all the usual clues from him. Louis becomes obsessed with Sophie, John becomes slightly obsessed with Louis. Mrs Nance has plans for Louis. She has another niece, Amity Nance, living not too far away. Amity is blind and deaf and is cared for by a permanent nurse. Amity's possible arrival is both a prospect and a threat for Louis. When she does finally arrive in the closing sequences of the book things get really distasteful. 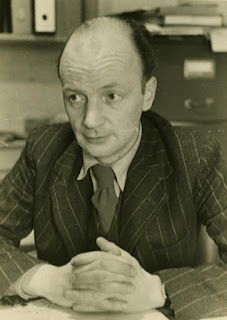 Heppenstall is remembered by many as a world-class hater. He claimed to have been a socialist when young but made no bones about being the most reactionary of Tories in later years. He worked for the BBC for twenty years in the Forties, Fifties and early Sixties, so Telegraph Toryism would have been expected. Although he was in his late twenties and married when he wrote The Blaze of Noon, the opinions reflected here are juvenile and sometimes downright nasty. He wears his learning like a teenage boy wearing his father's coat. He seems to have learnt an enormous amount of things with neither the personal depth to understand them or the wisdom to evaluate them.


He was a strange, unpleasant man. This is a strange, unpleasant novel. It is well written, beautifully constructed (in that sense you would not think it was his first novel), and I cannot imagine the world as discovered by a blind man being better done. Otherwise these are characters you meet everywhere in fiction of the period albeit they reveal shortcomings you will rarely find elsewhere. Yes, Heppenstall is critical of their behaviour - but Heppenstall was critical of everyone and everything all his life. These are quintessentially Heppenstall-type people.
Posted by rogerwood at 16:26