Of Love and Other Demons - Gabriel Garcia Marquez

I first read this novella when it came out in paperback in 1995.  I liked it then but, re-reading it now and having read much more Latin American literature, I loved it. 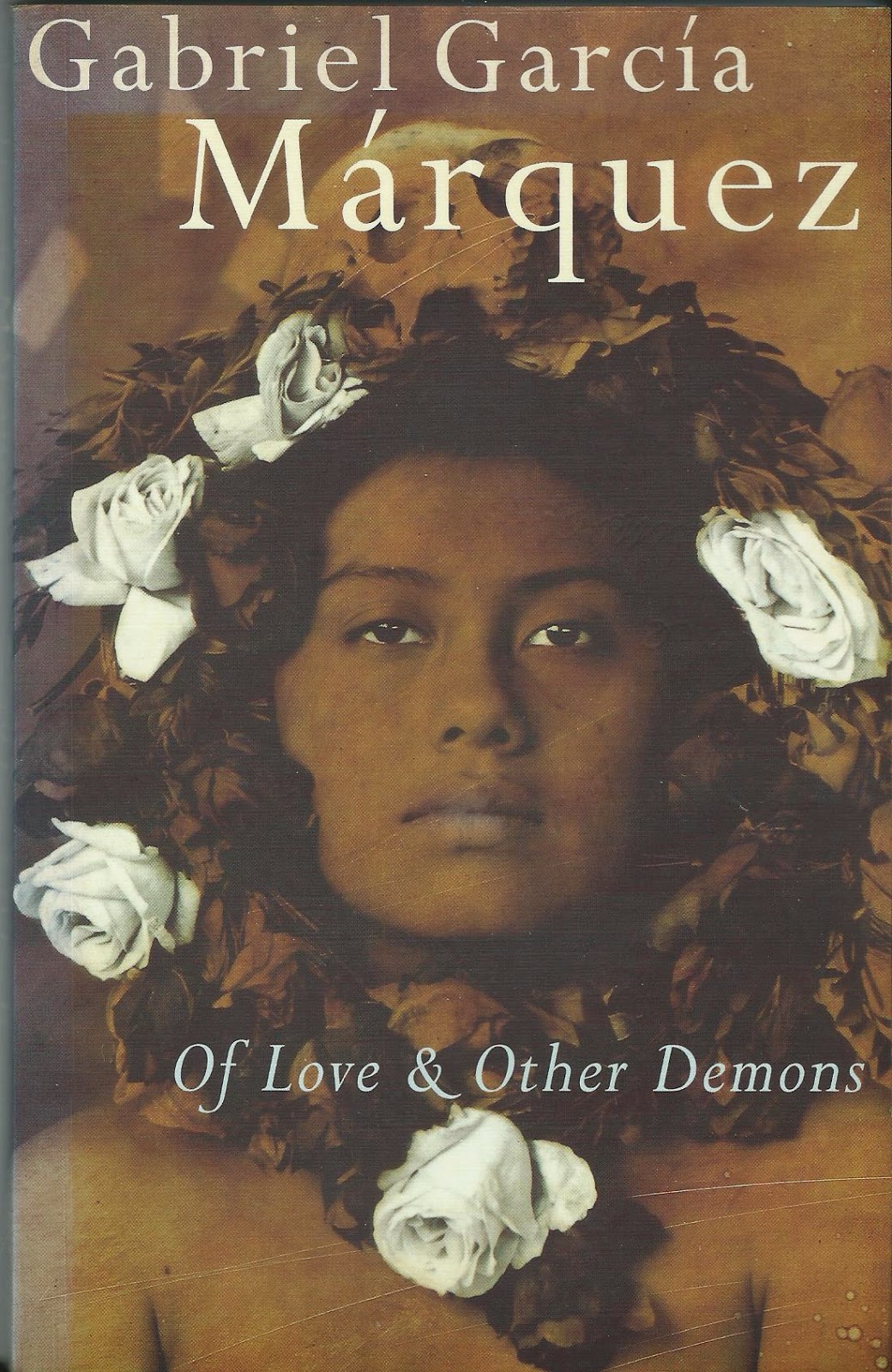 The structure is clever.  The prologue, which may or may not be true, tells us that as a young reporter Marquez was sent to report on the exhumation of corpses from the old Clarrisan convent in Cartagena.  While he is there, a tomb in the third niche of the high altar is cracked open and an ocean of red-gold hair spills out.  A skull follows, the skull of a teenage girl.  The inscription tells us that this was once Sierva Maria de Todos Los Angeles.  The remainder of the book is her story.

Back in the late Eighteenth Century Sierva was the only child of an elderly decayed marquis and his crazy bulimic wife.  Sierva has been left to run wild with the slaves.  One day, when she is twelve years old, she is nipped on the ankle by a rabid dog.  Nothing happens but the marquis becomes obsessed with the idea that his daughter is going to go mad and die.  Eventually, after his wife has left him, he places Sierva in the convent where the abbess immediately concludes she is possessed.  The bishop sends his protege Cayetano Delaura to exorcise her.  Instead, he falls in love with the child.

The atmosphere of sweltering decay - the exploration of an alien, debased society imposed on layers and layers of native culture - is spellbinding.  There is a sense of a fairytale, or moral fable, yet it remains of novel of character tested in extremis.  Utterly compelling.
Posted by rogerwood at 14:18