The Temple of the Golden Pavilion - Yukio Mishima 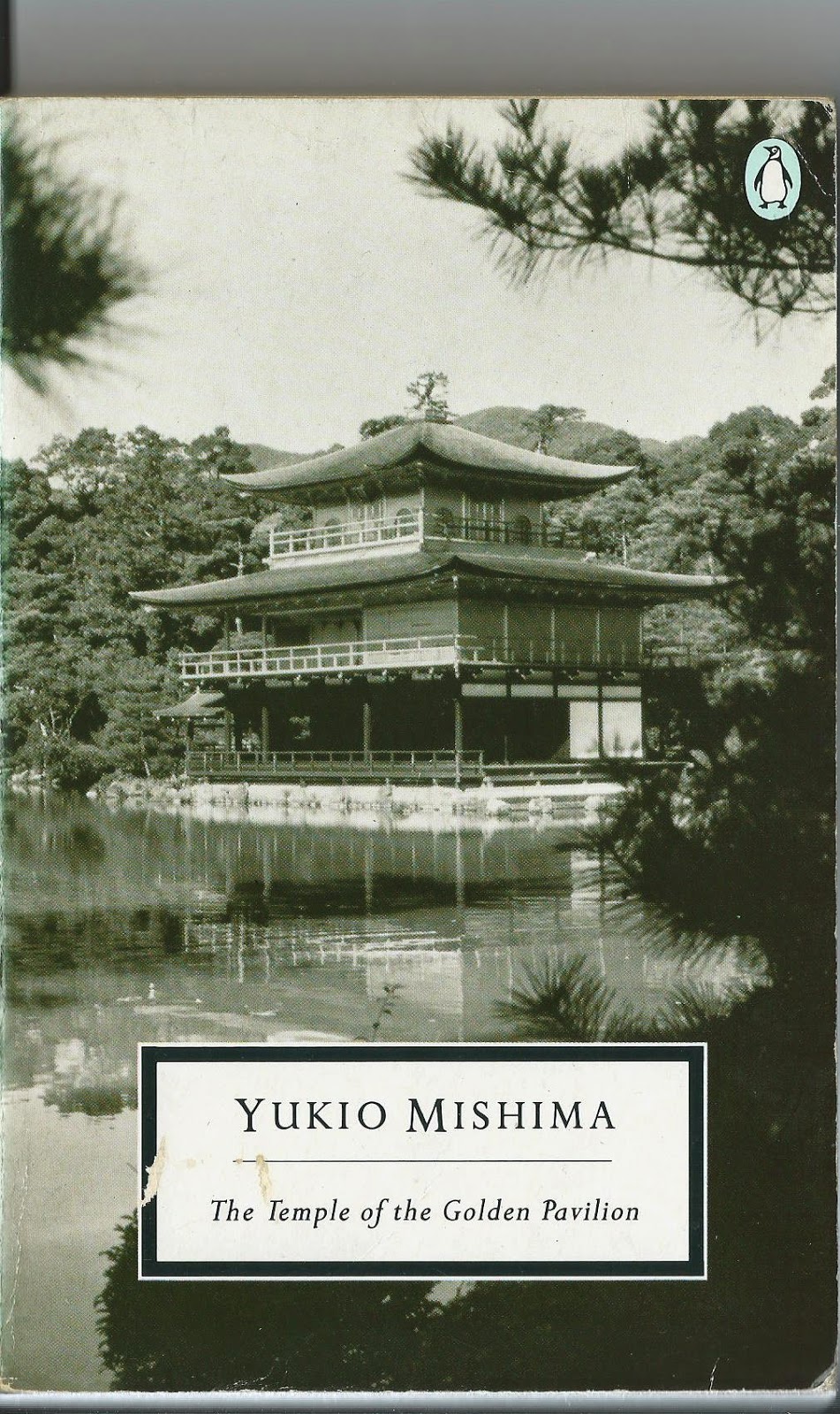 Mishima's story is based on a real-life incident.  In July 1950 the novice monk Hayashi Yoken burned down the Zen Buddhist temple of Kinkaku-ji in Kyoto.  The temple was rebuilt and Yoken survived his suicide attempt (only to die in 1956, the year the literary world's most spectacular suicide published his fictionalised version).

Mishima changes the Yoken's name to Mizoguchi and ends with his flight into the hills after starting the fire.  The real novice was insane, Mizoguchi is not.  That would be too easy.  Mishima's is an existentialist quest to explain the act of atrocious vandalism.  Mizoguchi's journey turns into a quest for beauty and freedom.

Mishima is one of the greatest 20th century novelists.  His failed coup and ritual suicide in November 1970, when he was only forty-five, has probably eclipsed his literary output.  It certainly meant his achievement was never marked by the Nobel Prize, although he almost won in 1968.  Of course the life of a Buddhist monk is alien to the western reader but Mishima knows that (he had spent time in America) and explains in more detail than I suspect the Japanese reader needs.  In this he is assisted by Ivan Morris's beautifully lucid translation.

The result is a novel of enormous power.  Alien though it is, Mizoguchi's narration draws us in.  His action is appalling, his motives (despite Mishima's efforts) inexplicable save as a form of offensively selfish performance art, and yet we can never hate him because he is so entirely human.

I truly love everything about this book - EXCEPT the trite and patronising introduction by Nancy Wilson Ross, an expert, apparently, on Eastern religion.  This she may well have been, and we have to indulge her because she was writing before literature went truly international.  But the problem is, this is not a novel about religion.  Take my tip and skip the intro.
Posted by rogerwood at 16:24