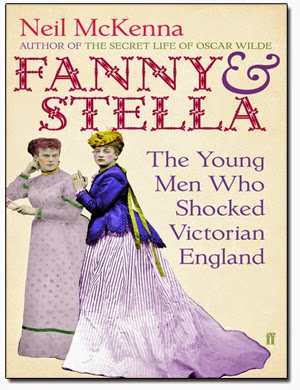 April 1870, Ernest and Fred, or maybe Stella and Fanny, are attracting the boys' attention at the rather dodgy Strand Theatre.  Stella nips to the ladies.  They leave - and are promptly lifted by the police for the horrid crime of dressing as women.

So, given the press hysteria (and the fact that Stella is apparently married to an MP who also happens to be the son and brother of dukes), the authorities end up with some ridiculous charge along the lines of outraging public decency.  In a West End theatre?  Then as now, come off it!

The fiasco drags on for a full year.  The showcase trial is held in Westminster Hall, the Lord Chief Justice presiding, the Attorney General leading for the prosecution.