The Blackhouse - Peter May 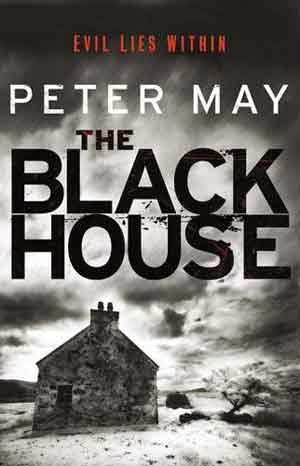 The Blackhouse is the first novel in the Lewis Trilogy and May's breakthrough in the UK.  But it's not his first novel - oh no, not by a long way.  May has long been a bestseller in France, writing in French, with two long-running novel series to his credit, The Enzo Files and The China Thrillers.  Yes, that's right, he writes about China in French.  And is an honorary member of the Chinese CWA.  The Blackhouse itself was originally written and published in French (L'Ile des Chasseurs D'Oiseaux) when no British publishing house would risk it.  It won prizes in France, and no wonder.  No wonder, by the way, that British publishing is at its lowest ebb, publishing ghost written drivel by 'celebs' and snubbing obvious classics of crime like this.

Having read the second of the sequence first (The Lewis Man) I thought I knew too much about what happened here (see my review below).  But I was wrong.  This is because of May's clever technique of going deep into his characters' past in the first person whilst driving the main plot in third.  Thus, while I knew the punchline of The Blackhouse, I didn't know how that had come to be, and had no idea how central to the plot it was.

In many ways the French title is better.  The key events, past and present, centre on the island where selected male islanders go once a year to club baby seabirds in a rite of passage.  It's the perfect metaphor for the blend of deep, ancient tradition which young men like Fin Mcleod are eager to escape but never truly can.  I enjoyed this book, indeed, even more than I enjoyed The Lewis Man.  I will of course seek out the third novel, The Chess Men, but what I'm really looking forward to is the arrival, at last, of The Enzo Files, the first of which, Extraordinary People, is out now.  The China Thrillers are available as ebooks.  I'm in!
Posted by rogerwood at 12:12