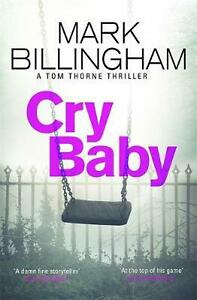 The seventeenth Thorne novel is a prequel to the first, Sleepyhead.  It is 1996, the year football was supposed to be coming home, with the European Championships in London.  A seven year old disappears from a London park.  Thorne is a newly separated DS.  On a hunch he suspects one of the mother's neighbours.  The suspect's name is leaked to the press and he ends up killing himself, shortly before his alibi was proved.  Thorne suspects his DI, Gordon Boyle, of being behind the leak.  Certainly he blames Boyle for easing up on all other suspects.  At the same time Thorne knows full well that he made the same assumptions about the suspect - because he looked like a paedophile.  Thorne, however, does not ease up.

Billingham really is a master of his craft.  He leads us towards the real culprit and then misleads.  There is a terrific red herring involving the boy and his best friend, and a twist at the very end that I never dreamt was coming.  The climax itself is terrifically exciting.  I shall have to take it to pieces to find out how Billingham did it.  I mean, I read a lot of crime fiction and I am getting frankly cheesed off with the current crop of Jamie Bulger plotlines - yet my heart was genuinely thumping and I couldn't turn the pages fast enough.

Much fun is also had with Thorne's first meeting with the punk pathologist, Phil Hendricks.

A great start for my reading new year.