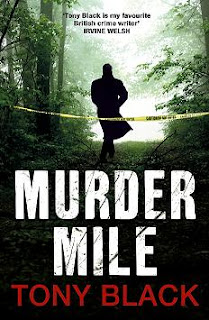 The second in the DI Rob Brennan series came as something as a disappointment.  Not that it's intrinsically less good than Truth Lies Bleeding, but that it's exactly the same.  And I mean exactly, almost a replica.  It reads well, it moves along, but every step is an echo of what we read before.  And the deep background of the characters which is so admired in the earlier book is missing here.  As for the plotting, we know who did it far too early on and can guess how the denouement is shaping up by about two thirds of the way in.  The denouement is extremely well written though, building the tension beautifully.

Not so much an advance, then, more a holding statement.  Hopefully the third Brennan moves things forward.  Black is definitely worth sticking with.