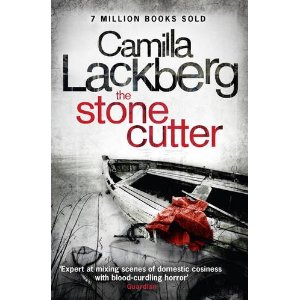 Looks like I'm reading this series in reverse order - The Stone Cutter is the Patrik Hedstrom novel immediately before The Gallows Bird (see previous post).  I enjoyed it slightly more.  I liked the interwoven backstory, which I didn't fathom out quite so soon.  And the dialogue is much, much better translated - there was only one short speech on one page that made me gag - so I assume the translator (being the same) had more time for his work.  But certain problems remain: too much domesticity, too many fragmentary side stories.

Despite what it says in the publisher's blurb, Lackberg is no Nesbo.  She is, nevertheless, just as good as early Mankell.  She will get better, as Mankell did.  Certainly a leading light of Nordic Noir and one well worth following.
Posted by rogerwood at 15:01