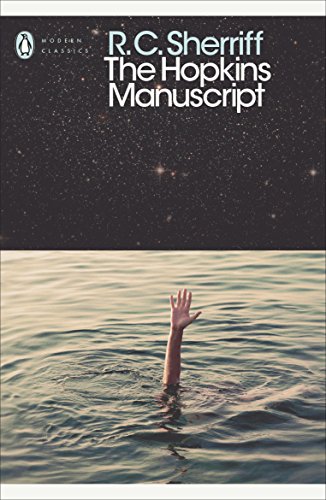 A real rarity, this. One of very few novels by an established writer that has been published under three titles: first as An Ordinary Man, then as The Hopkins Manuscript, and finally as Cataclysm, presumably to cash in on the popularity of John Wyndham and Arthur C Clarke. I'm guessing hardcore sci fi fans were not convinced by the latter. There is a cataclysm all right but in this blend of English comic fiction and dystopia the former has very much the upper hand.


Retired teacher Edgar Hopkins is a member of the Lunar Society. One evening he and his fellow members are given news that world is probably going to end in a few months' time and sworn to secrecy for fear of mass panic among the less enlightened class. Hopkins, who has found himself a rural idyll where he raises prize-winning poultry, enjoys one last winter and a final, luscious spring. Inevitably, given the nature of the cataclysm, news can only be hidden so long. The government (very unlike our own) is determined to preserve the peace whilst preparing for the worst. A massive bunker is built in Hopkins' village. Hopkins, a bit miffed not to be in charge, nevertheless lends a hand because being part of ordinary life is what matters in a time of extreme crisis. He does not, however, go underground on the night the worst happens, but wakes next morning to find a sea-going ship stranded in his inland meadow.


It turns out he is one of the lucky survivors. He takes in a pair of youngsters and an elderly agricultural and begins the long, slow rebuild. Then - in a truly extraordinary twist which I really can't go into because it will give the game away - war breaks out between nations over the thing that caused the catastrophe. This - human fallibility - is what really ends the world. But still Hopkins survives, ending up in his uncle's house in Notting Hill, spending what are surely his final days working on his manuscript. He tells us on page one of Chapter One, "I am writing by the light of a piece of string which I have pushed through a fragment of bacon fat and arranged in an egg-cup." Now that is how you start an end-of-the-world dystopia!


R C Sherriff didn't write many books. He was best known as a playwright, though the simple phrase barely does him justice. His first proper play, Journey's End, was a huge hit in 1927, running at the Savoy for two years. It remains the defining play about World War I. It and Sherriff both went into the movies. He wrote films like The Invisible Man, Goodbye, Mr Chips, Odd Man Out and The Dambusters. And yet he is almost forgotten today. Outrageous. If the writing in The Hopkins Manuscript is typical of his output we are missing a master.
Posted by rogerwood at 14:16