Sydney Horler (1888-1954) was a British thriller writer immensely popular in his day. He was serialised in the News of the World and sold more than two million copies of his many books. He was very much of his day - an admirer of officers and gentlemen, a fan of empire, a disdainer of the foreign. His popularity died with him and this 2015 reissue by the British Library, I have to say, does little to warrant rediscovery. 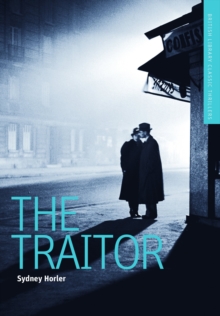 Horler writes in an obvious hurry and like many hurried authors is overly reliant on dialogue to advance his plot. Worse, he has a habit of referring in these tedious passages to 'the speaker', which I will henceforth take to be a sure indicator of rubbish. The plot is labyrinthine. In 1917 Captain Clinton falls for a sexy French-Garman femme fatale and as result 5000 Allied troops die on the Front. For this service he is naturally given command of MI5. Eighteen years later his adopted son Bobby Wingate falls for the same femme and is court-martialled for passing British secrets to damned foreigners.


The thing is - the point of interest, really - that we are talking 1935. War is coming, not with Germany this time but with Ronstadt, which is very like Germany. Indeed, to a large extent, even in the novel, it is Germany, perhaps the bits we don't associate with decadent Weimar. The tyrant of Ronstadt is Kuhnreich, who doesn't have a Charlie Chaplin moustache but is otherwise noticeably Hitlerian. It's an odd choice by Horler and I suspect he was one of the many Brits associated with newspapers who admired Hitler and the revivified Reich. It spoils the book, on balance (actually, it's one of many things which spoil a not-great-to-start-with book) because it is so blatantly Ruritanian.


It's the odd, unintended things which add the occasional pleasure. The burglar who breaks into Bobby's girlfriend's bedroom has a gas gun to put her to sleep. The secret writing is revealed by the very last thing we would imagine. There just aren't enough of them to make reading it worthwhile. Martin Edwards, who also oversees the British Library's classic crime reissues, says in his introduction that Horler relies on a "least likely suspect" for the final twist. All I can say is, I knew who it was and I never usually get these things. On the positive side it was, very much, the final twist.
Posted by rogerwood at 15:27