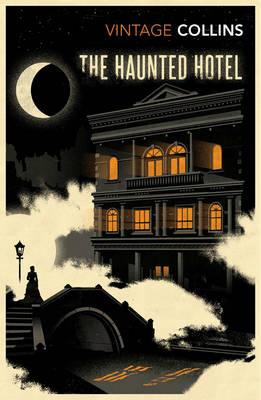 The Haunted Hotel (1879) is late Collins, strikingly modern in some ways, hopelessly Victorian in others. The plot is complex, bordering on soap-opera. Lord Montbarry has broken off his engagement to Anglo-Irish rose Agnes Lockwood and gone and married the racily exotic Countess Narona. His family, the many males of whom wanted to marry Agnes themselves, disown him; London clubland turns its back on him. So His Lordship does a bunk to Venice where he holes up in ancient palazzo with the Countess and her brutish brother. He falls ill and dies. Everybody blames the countess.


Meanwhile Agnes's former servant, whose husband just happens to have been the Montbarrys' courier in Venice, also disappears. A thousand pounds compensation from the late lordship arrives in the post. One of Montbarry's younger brothers, a minor son in search of a fortune, joins a partnership which buys the Venetian palazzo and turns it into an upmarket hotel. The son of the new Lord Montbarry marries his sweetheart. Where better for a honeymoon than Venice? Heck, why doesn't the whole family pitch up there? Agnes, obviously, is more or less family. Of course she should go with them.


Just one problem. The room in which the original Lord Montbarry died seems to be haunted. Will Agnes unravel the mystery of the missing courier?


Its a short novel but one in which Collins rolls out his full repertoire of literary tricks and traits. As in The Woman in White we have an occult mystery with elements of the detective story, a genre Collins more or less invented in The Moonstone. The narrative unfolds in a variety of voices and forms: letters, first and third person narration and - my absolute favourite - the technicalities of the mystery are revealed in a scenario for a play manically penned by the deranged and dying Countess.