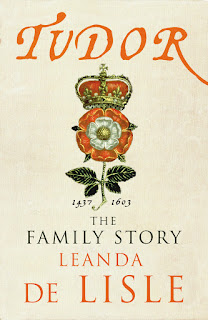 I was a big fan of de Lisle’s book about the Grey sisters The Sisters Who Would be Queen, and there was much here that I liked. Eventually, though, I had to give up, because de Lisle’s conservative agenda became too much. I have no problem with conservative writers; it sometimes does me good to be reminded how the other half think. I read the Daily Telegraph from time to time – I have even read Leandra de Lisle in the Telegraph – but she also writes for the unacceptable, inexcusable Daily Mail and when she got to discussing Bloody Mary in this book the tone became out-and-out Daily Mail – incoherent ranting along the lines of Everyone’s wrong ‘cept me, the bastards! Yes, I daresay Mary I had her good side, and much of her problems later in life can be attributed to the appalling way her mother was cast aside, but the fact is her burning-at-the-stakes stats are much worse than those of Henry VIII who everyone agrees was a self-indulgent tyrant. She burned more people over a much shorter reign, and that is the yardstick by which to judge her.


The first half of the book was pretty good. De Lisle is excellent on Lady Margaret Beaufort and she introduced me to a character I had not come across before, Owen Tudor’s illegitimate son David, who was brought up for a time with the future Henry VII and who featured at various Tudor family occasions. Where I think she started to go wrong was when Henry VIII lost interest in governing, circa 1540. There is too little about the Pilgrimage of Grace, which must have shocked even Henry to the core, and even less about the Western and East Anglian rebellions in Edward’s reign, and next to nothing about Wyatt’s Rebellion in 1554, which she tries to attribute to the ineffective Marquess of Dorset.


Yes, this is expressly an account of the Tudor family, but I would argue that in order to understand the tumultuous eleven years between Henry VIII’s death and the accession of Elizabeth you have to understand the very real threats to the first cabinet government in English history, the self-appointing juntas of Somerset and Northumberland. This is probably where de Lisle’s politics start to get in the way. As a contemporary conservative she has to believe that government by a cabinet which is not even in tune with its own party, let alone the people, is acceptable. I don’t – and nor did the ordinary people of England 1547-1558. It is my firm belief that nobody outside London gave two hoots about kings until Henry VIII, having time on his hands as England’s first non-warrior king, started to interfere with their beliefs. It may even be that they weren’t that worried about liturgical changes, that what really prompted their rebellion was the removal of their welfare state, the safety blanket of the monasteries which, corrupt as they were, nevertheless provided alms, sanctuary and medical care to the poor.


Returning to Mary, if she cared anything about popular support, she would have refounded the monastic system, but she didn’t because she cared about authority, those who sided with her, and the proceeds of the dissolution which she happily shared with them.


One final criticism: De Lisle chooses to call the Marquess of Dorset ‘Harry’ Grey. In her notes she says that King Edward used the diminutive in his journal and that she uses to lessen the number of Henrys in her text. To me it sounds wrong. No one called him Harry (or Henry) outside his immediate family (of which Edward was one by marriage). They called him Dorset and later Suffolk. Surnames were not important in early modern England; titles were everything.
Posted by rogerwood at 15:14