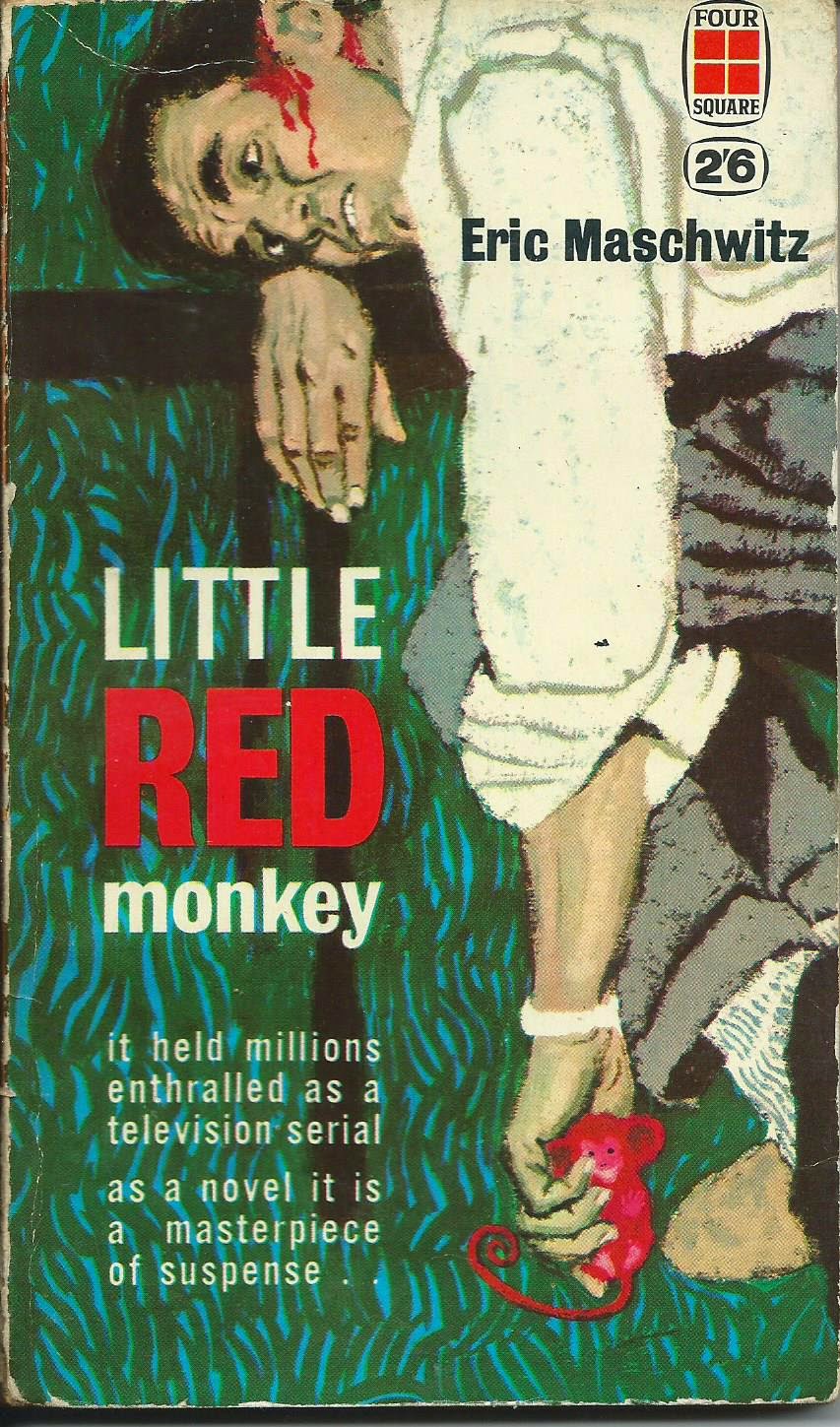 This is not actually an original novel but a novelisation by British hack Bevis Winter of the original BBC TV series written by Maschwitz back in 1953.  By the time this paperback was issued in 1961, Little Red Monkey had already been adapted into a Ken Hughes B movie.

Maschwitz was not actually working for the BBC in 1953, however he had been Director of Variety until 1939 and would become Director of BBC TV before switching to ITV in 1963.  He had been nominated for an Oscar for his script work on Goodbye, Mr Chips.  An original Maschwitz script for TV was therefore a very big thing indeed for the BBC in 1953, and it went out in Saturday evening primetime from January of Coronation Year.

To read more about the film and TV versions, click here.  This, however, is a book review.  The writing is a little clumsy, no doubt because it is the work of Winter.  The plot, however, is brilliant.  Two scientists burst through the Brandenburg Gate, bringing Soviet research secrets to the West.  One of them is murdered soon after in London.  He dies clutching the titular monkey.  It is Colin Currie's job to protect the remaining boffin until he can be flown away to Canadian safety.  Meanwhile, foreign dirty work is afoot in London.  Colin's former sweetheart witnesses an investigative journalist getting mowed down by a truck.

It all comes to fruition on a fog-bound night in the rural Home Counties.  I was particularly impressed by the way Maschwitz plays fair with the reader.  The revelation of the killer is truly astonishing but once you know the clues are all there in the preceding text.  For Alfred Hitchcock or even Len Deighton the monkey might just have been an eye-catching maguffin, but for Maschwitz it is the principal clue.