In Dubious Battle is Steinbeck's unabashed socialist novel.  Written in 1936 at the height of the Depression but before The Grapes of Wrath it deals, in a sense, with what the Joad family were heading out to California to do - find work picking fruit. 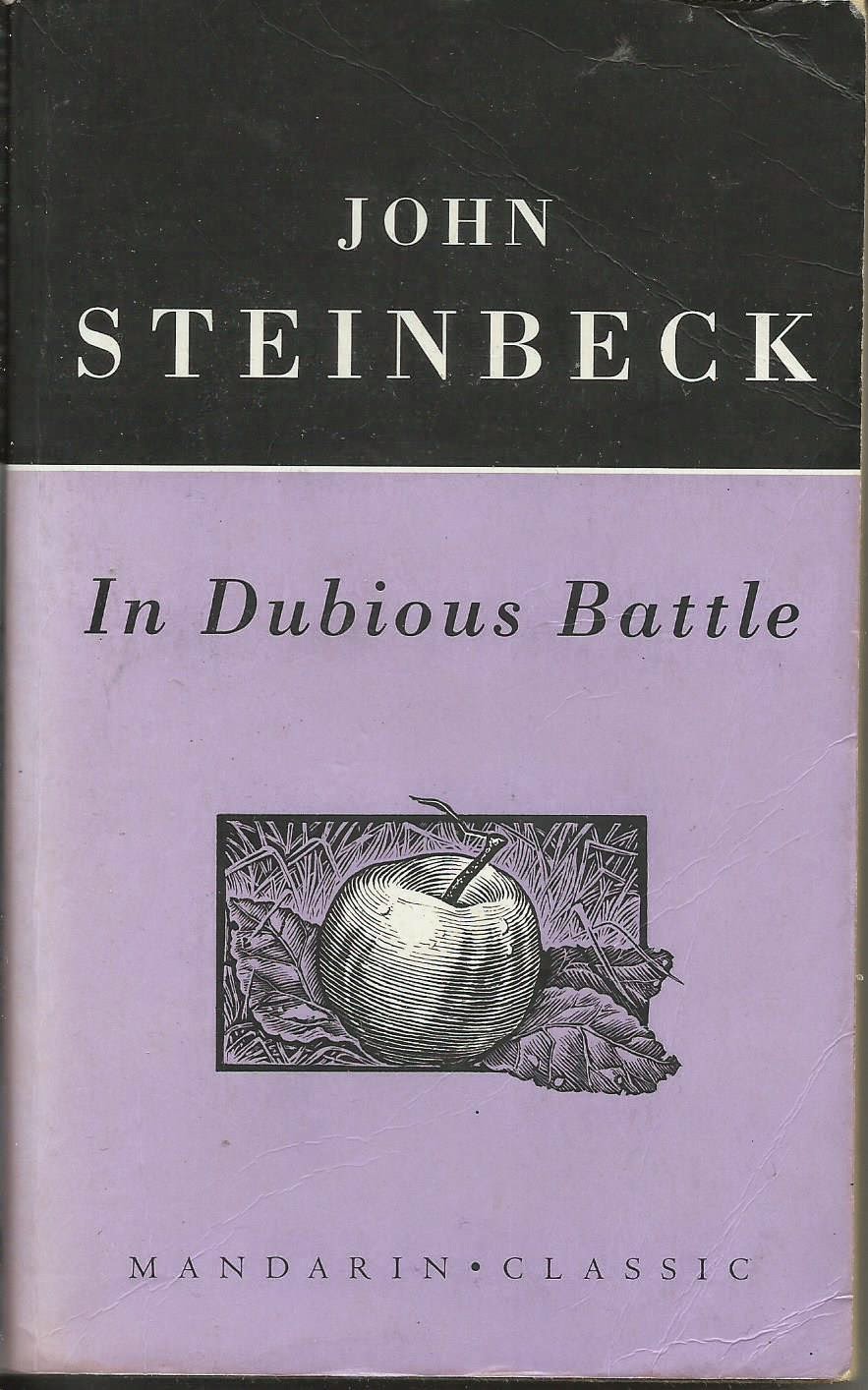 Jim Nolan has had enough.  He has seen his father beaten and humiliated for trying to stand up for the working man's rights.  His father stood alone - that was his mistake - so son Jim decides to join the Party.  There is little doubt that Steinbeck means the Communist Party.  The Party locally is run by Mac and soon Mac takes Jim down to Torgas Valley to try and organise an apple-pickers' strike.

Fruit picking is the only work available.  Families travel miles in clapped out jalopies or, like Mac and Jim, by hopping on freight trains.  Because it is a hirer's market, and because they know the labourers have spent their last dime just to get to Torgas, the owners slash wages the instant the men arrive.  What are they going to do about it?  Nothing - until Mac plants the idea of striking in their minds.  After all, the fruit has to be picked right now, or the growers lose their profits.

Thus begins the labour war.  Mac is a professional; people suspect his motives.  But Jim is open and honest and becomes something of an icon.  The outcome, inevitably, is violent and tragic.

It's amazing that In Dubious Battle isn't better known.  Surely it can only be because of its politics.  There is no doubt whatever that Steinbeck is with the strikers.  It can be said that he knows their efforts are doomed but nevertheless he is in awe of their willingness to fight.  The characters - almost all men - are varied, vibrant and vividly drawn; not just Jim and Mac but London (a reference, surely, to that other literary socialist Jack London), the bear of a man they persuade to lead the strike; old Joy, an echo of Jim's father, who hops a freight down to Torgas just to betray the scabs; the Andersons, father and son, who pay a terribly price for supporting the strikers; the ambivalent Doc Burton, who voices what seems to be Steinbeck's feelings; old Dan, who used to be a daredevil tree-feller; and even Burke, who may or may not be the bosses' plant.

No mere polemic, the book is crammed with plot and twists and surprises.  I for one did not expect the ending.  To put it plainly, I adored In Dubious Battle and cannot recommend it highly enough.
Posted by rogerwood at 15:23