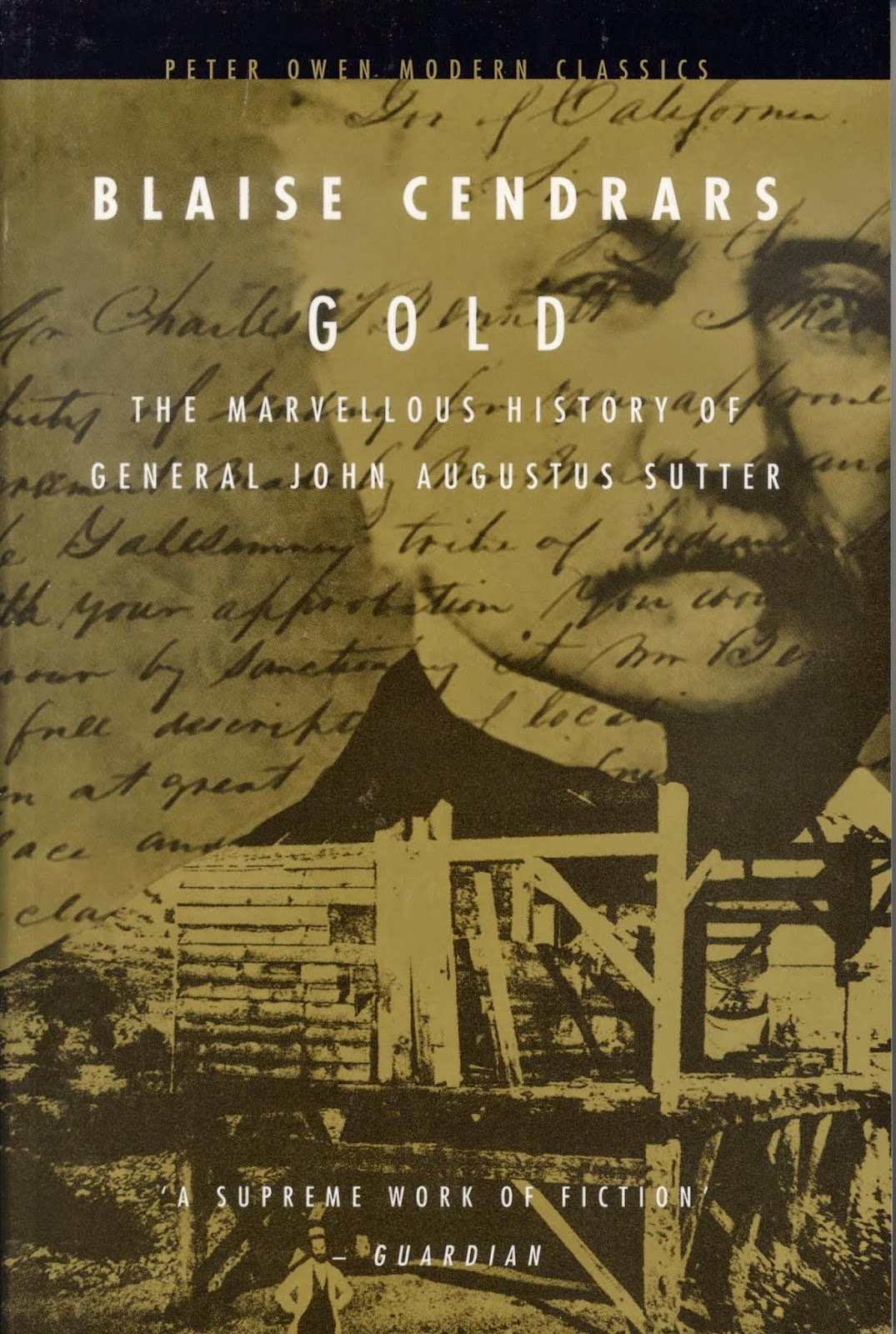 The subtitle says it all: The Marvellous History of General John Augustus Sutter.  Sutter was a Swiss ne'er-do-well who abandoned his wife and children, pitched up in California in the days when San Fransisco was basically a landing stage, and made himself the richest man on the planet, all in the space of a decade.

Then - the twist no one could ever have seen coming - gold was discovered on his land, and it ruined him.

Cendrars was a modernist, himself half-Swiss.  He seems to have spent fifteen years boiling this epic story down to a bare 120 pages.  The result, published in 1924, is startling and seductive.  He declaims what seem to be facts but are probably not.  There is no characterisation, no real development.  Yet this detachment somehow contrives to make the great man's stupendous downfall all the more poignant.

A striking original, well worth discovering.
Posted by rogerwood at 18:15