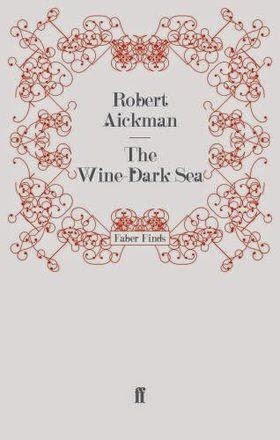 With Aickman, the great Faber Finds print on demand service comes into his own.  By issuing three of his strange story collections as Finds, Faber were able to build sufficient interest to republish another collection in traditional form.

I had heard of Aickman, who is popular with cult writers like Mark Gatiss and Jeremy Dyson, and who was the grandson of the great Victorian horror writer Richard Marsh (author of The Beetle, 1897), but whose books are very hard to come by. This seems to be because he was a truly awkward sod.  Then I walked into my local Oxfam and there, on the classics shelf, were all three Faber Find collections, which I am now working my way through.

First off, Aickman has a unique flavour.  His stories are long - 30 pages or more, perhaps best defined as mini novellas - and not especially horrific.  Instead they are strange, just like he said they were.  His characters tend to be loners, outsiders, and we see generally see the world through their eyes.  The locations are incredibly varied - Greek island, Venice, industrial Yorkshire, Sweden, and that's just in this volume. There is often a thread of present-versus-past in which the present tends to come off worst.

There are eight stories here.  The first is the title piece - a tourist goes to a Greek island despite being warned off by the locals and finds himself embroiled in elemental forces personified.  To me it was obvious, not sufficiently strange and certainly nowhere near adequately erotic, albeit we have to remember Aickman died in 1981, in his mid-sixties, so "Wine Dark Sea" might have been hot stuff in its day.  The next story, "The Trains", was my favourite - two postwar young women hiking in Yorkshire have to take refuge in an isolated house.  The twist with the butler was very strange indeed, and I loved that Aickman doesn't bother explaining it.  The butler is called Beech, a tribute to the butler of the same name in Wodehouse's Blandings series - the stories are dotted with such little touches, which only increase the enjoyment.

Then it's "Your Tiny Hand is Frozen" about lonely people and the telephone, followed by "Growing Boys", exactly what it says on the tin and hugely enjoyable.  "The Fetch" and "The Inner Room" both feature hopeless fathers, which seems to be another Aickman trope.  The latter didn't quite work for me, albeit I loved it right up to the point at which it was supposed to become disturbing.  On the other hand, the woman who turned out to be the titular fetch was deeply disturbing and lingered round the back of my mind for some days.

Finally 'Never Visit Venice' and 'Into the Woods' were both English-abroad stories in which the locations play a key role.  Venice has become too associated with weird goings-on since Aickman wrote his contribution, so it has lost some of its force.  Again, though, the writing is good and engrossing.  'Into the Woods' is extremely strange and unsettling.  Such an odd idea to begin with - an asylum for insomniacs - which Aickman then builds on with a masterly touch.

The introduction is by Peter Straub.  He was big news in 1988 when this edition was first published.  He isn't now, and the introduction isn't worth the paper it's printed on.
Posted by rogerwood at 13:21