Don't Point That Thing At Me - Kyril Bonfiglioli 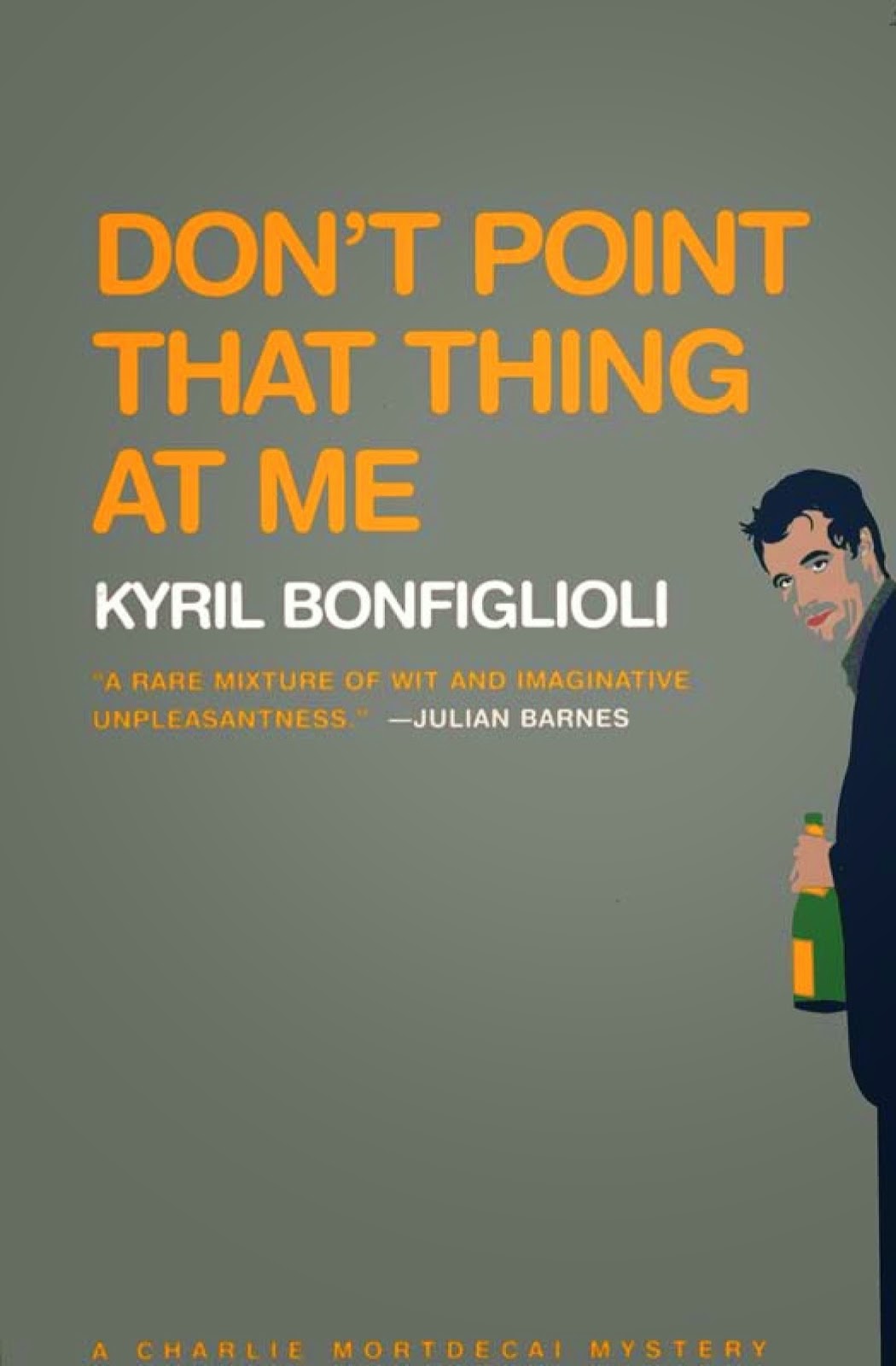 I confess I had never heard of Bonfiglioli, but there has been press lately because Johnny Depp is making a film and Penguin have therefore republished his Mortdecai trilogy, of which this is the first, originally published in the UK in 1972.

Despite the splendiferous name, Bonfigioli was English and his main influence was clearly Wodehouse, with a strong dash of Derek Raymond.  Charlie Mortdecai is the second son of a baronet and relies heavily on his manservant.  The valet or 'thug' is called Jock Strapp, which gives you a flavour of what follows.  Charlie is an art dealer and therefore dodgy.  There is a stolen Goya involved in things somewhere, and that gets him to America on a diplomatic passport but results in him being stalked across the mudflats of Morecambe Bay.

The plot is neither here nor there - though I love the final flourish by which Charlie leaves his fate up in the air.  What matters is the tone, which is maintained throughout, seemingly without effort.  Some of Charlie's observations and one-liners are laugh-out-loud funny.  Every para is read with a smile or a grin.  The good news is, there are two more volumes to acquire and read.  The bad news, it's only two, plus what seems like a prequel and one novel left unfinished when Bonfiglioli died in 1985.  It was finished by Craig Brown and I vaguely recall it now.  I'm not sure I'll bother with it, though.
Posted by rogerwood at 12:44