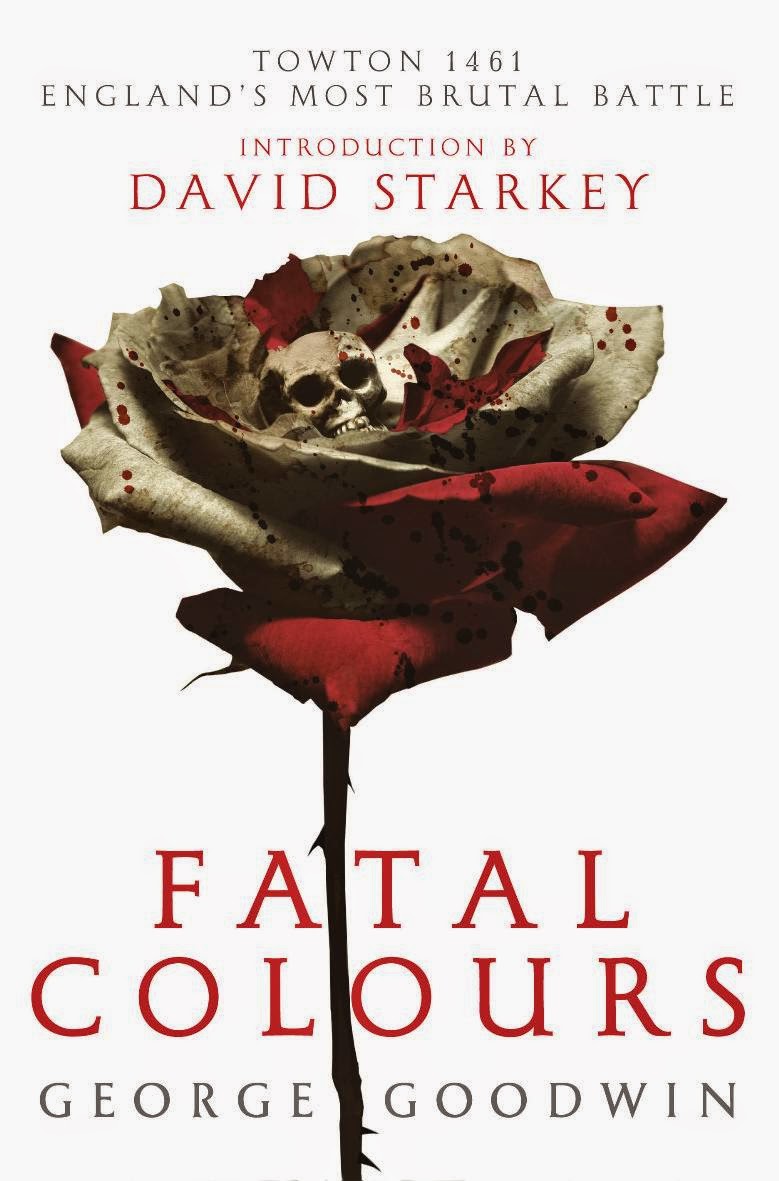 The subtitle says it all - Towton 1461: England's Most Brutal Battle.  Towton was the deciding factor of the first half of the Wars of the Roses, Edward of York's revenge for the deaths of his father and brother at Wakefield.  It was fought at Easter but, this being Yorkshire, it was fought in a snowstorm.  The Lancastrians were massacred and Edward became king.  In the long run it resolved nothing.  Ten years later Edward was hoofed off the throne by Warwick the Kingmaker and had to do it all again at Barnet and Tewkesbury.

Goodwin is an enthusiast rather than a professional historian - he's a member of the Towton Battlefield Society.  He is scrupulous, however, in his references, if a little free-form in the way he pads out his narrative.  For example, a long time is spent debating the various theories of what was wrong with Henry VI.  That's OK, and handled well enough, but at the end of the day he didn't fight at Towton and was, by that stage of his reign certainly, a spectator at his own fate.

I enjoyed the book.  To be fair, I'm much more interested in the personalities of the participants rather than the battle itself.  Goodwin certainly showed me things I didn't already know (and which bore up to further research on my part).  It's a decent book.