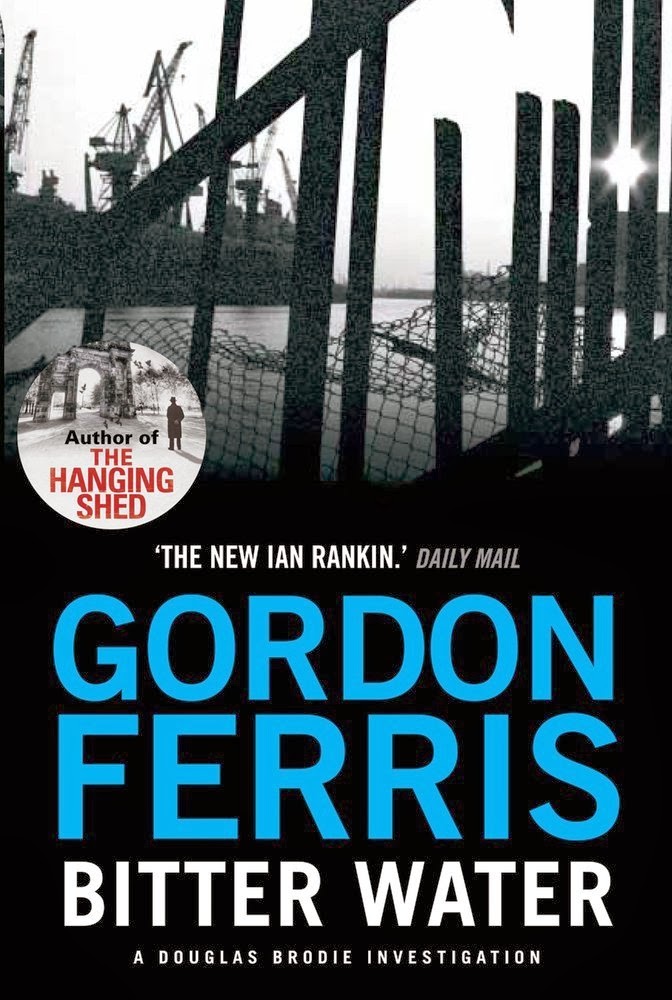 Yet another new Scottish crime writer, this time specialising in the latest sub-genre, post-WW2 Scottish crime.  Ferris has two strands on the go, a London series featuring Danny McRae, and a Glasgow series fearuring Douglas Brodie.  Bitter Water is the second Brodie; the fourth, Gallowglass, is due imminently.

Brodie has a great backstory which gives him access to crime.  He used to be a policeman, then he became an officer in the 51st Highland Regiment, one of the few to escape betrayal by French surrender monkeys at Caen - a subject which interests me greatly, and which is a key storyline here.  For this novel he has been taken on as a crime reporter at the Glasgow Gazette, clearly as a result of his adventures in the first of the series, The Hanging Shed.

Bitter Water is so heavily reliant on The Hanging Shed that there really should be a warning on the cover, saying read them in order.  Having read Bitter Water there can be no surprises in The Hanging Shed as everything, but everything is reiterated.  That's a mistake on Ferris's part.  It's cost him a sale in my case.  And it's a shame because I absolutely loved this book.  He seems to be spot on in his research.  There are bags and bags of period details to get our teeth into.  The story is complex and cleverly incorporates subjects of importance to us today, thus letting us empathise with characters who would have been reviled at the time.  And Ferris is very, very good at pace.  The action never flags, the denouement is pure thriller, and there is a revelation at the very end which justifies what I feared would be an overlong and unnecessary tying up of loose ends.

Highly recommended.
Posted by rogerwood at 15:33