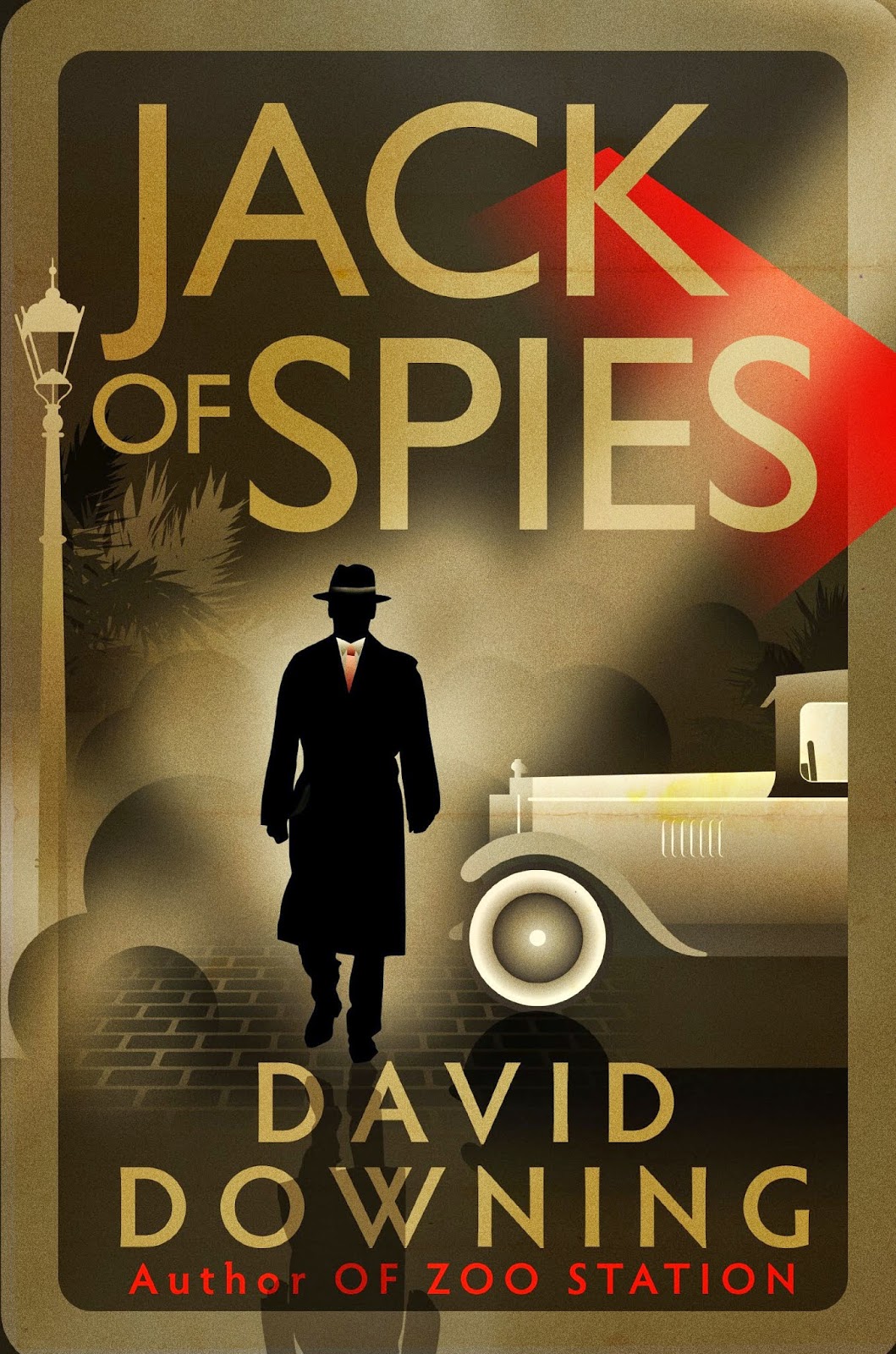 Downing is the author of six espionage novels featuring John Russell and Effi Koenen set in Nazi Germany.  Jack of Spies (1913) is the first of a new series featuring gentleman spy Jack McColl in the lead-up to and during World War I.  This first volume takes us from 1913 to immediately after the outbreak of war.

There is a great deal to recommend the book and much to look forward to in the series.  The problem is, it is entirely an introduction to the series and does not stand as a novel in its own right.  First mistake: Jack has met his love interest before the novel begins, so we are denied any real character or narrative development there.  Secondly, the antagonist (who is all-too-clearly planned to continue through the series) is nowhere near antagonistic enough; indeed he serves very little purpose.  Instead of having the single enclosed world of the first series, Jack is all over the world in the space of a few months (China, America, Mexico, London, Ireland) and seriously wounded twice with no significant recuperation or impairment despite the constrained timescale.  Thus we have no opportunity for meaningful characterisation outside Jack himself.  The story is patchy and somewhat pointless.  The description of setting is good and convincing but I am left with no idea what anyone looks like.

I have an unread ebook of Zoo Station, which I look forward to reading, and will certainly read the next McColl novel.  But they had better be more satisfactory novels in their own right than Jack of Spies for me to stay onboard.

As a footnote, this is a very well made physical artifact of a book from Old St, a publisher I haven't come across before.
Posted by rogerwood at 13:06