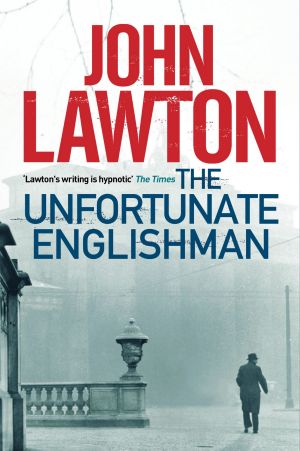 John Lawton seems to derive great enjoyment from playing with the internet. There are loads of hits when you Goggle him, about half of which are for this John Lawton, the writer not the musician. But none of them manage to tell you any more than you already know. He is the author of eight Troy novels (the Metropolitan Police detective, not the ancient city) and two Wilderness novels, of which this is the second. Wilderness is actually Holderness, but let's not get bogged down. He, Lawton, seems to have worked in TV on both sides of the Atlantic, though we are not told in what capacity or the titles of any programmes. He now, apparently, lives in Derbyshire.


This playfulness, this layering of truth, is carried forward into The Unfortunate Englishman and presumably the Troy series. Characters all have two or three identities on the go and none are what they seem to be. All the books are set in the Cold War era, with a particular focus on the years 1960 to 1963, about which Lawton has written a non-fiction history.


The Unfortunate Englishman starts in 1963 but zips happily back and forth, from the end of WW2 to 1965 across 171 very short, snappy chapters. Essentially it is about a bumbling part-time spy, Geoffrey Masefield, who is caught photographing top secret sites during a trip to Moscow. Joe Wilderness, an East End criminal turned agent, is sent back to Berlin by his boss and father-in-law Alec Burne-Jones to arrange the exchange of Masefield for Bernard Alleyn (formerly Leonid Liubimov of the KGB) currently resident in Wormwood Scrubs.


Wilderness does not want to return to Berlin station, mainly because of what happened in Chapter One. But he owes Burne-Jones too many favours to refuse. Eventually the main players all assemble at a checkpoint between East and West to do the deal - then comes  the brilliant twist.


Along the tangled way Wilderness becomes the father of twin girls and Masefield gets to have sex with two Russian twin sisters. Joe encounters so many old friends and old enemies that I have to wonder what went on in the first Wilderness novel Then We Take Berlin (2013). He also arranges a potentially lucrative sideline in a vast trove of high quality wine he has acquired from a Nazi.


The Unfortunate Englishman is a tremendous read. Lawton writes like a dream. His characters are infinitely complex yet all absolutely credible. I am going to read everything he has ever written,. I recommend you should do the same. Then let's compare notes.