Bloody January is a debut novel, though Parks cleverly leads us to believe there was an earlier story. Publishers Canongate have done a solid job in promoting Parks and they are right to do so. I can't remember a better first novel in any Tartan Noir series. DI Harry McCoy is definitely on his way to a TV near you. 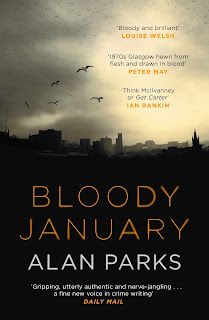 Parks' masterstroke is to combine the two leading tropes of today's Scottish crime fiction - noir and nostalgia. Bloody January is set in 1973, in the week Bowie took Aladdin Sane to Glasgow. McCoy and his new mentee Wattie are hanging around the bus station when a young lad shoots a young girl, then himself. The trail leads to aristocracy, big business, police corruption, the substrates of prostitution and - for a fleeting cameo, Bowie himself. What else could anyone who remembers 1973 possibly want?


The denouement is suspenseful and bloody, on the rooftops of Glasgow in a snowstorm. Brilliant.


My only criticism is that in working the tropes Parks has deployed (and combined) two that for me are already cliché - the obligatory beating of our hero and a flashback to his wretched childhood in a religious children's home. These, however, only occupy a few pages and do explain his relationship with the local villain Stevie Cooper. Other than that, the characters - especially Cooper - are compelling and credible. I especially liked McCoy's boss Murray who comes across straight but who might have a lot of secrets behind his success. The writing, both prose and dialogue, reads absolutely note-perfect and is technically very accomplished. There are writers who have been hammering away for decades who come nowhere near Parks' level of artistic fluency. 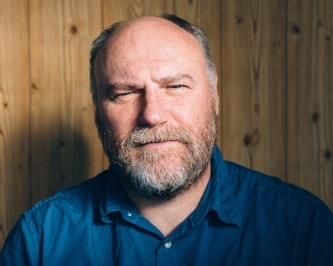 A debut that I thoroughly recommend. I can't wait for the next instalment.
Posted by rogerwood at 15:25