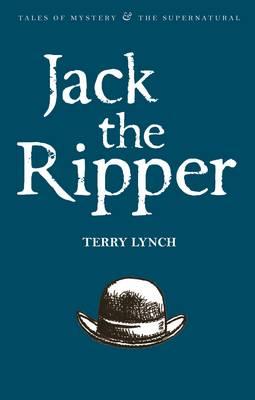 I picked up this book as part of an Amazon bundle. I simply couldn't resist. Why had I never heard of it before? Because it is published by Wordsworth in their series 'Tales of Mystery & the Supernatural' and received minimal promotion, most people assuming, no doubt, that it was slasher fiction. Lynch doesn't use the usual publicity device of naming a new suspect so even the tabloids passed it by.

It is, however, an essential read for the dedicated Ripperologist. Lynch is no prose stylist (and I don't suppose he would claim to be); he has been poorly served, if at all, by an editor. Yet he does a strong line in good old-fashioned logic. Rather than structure everything around a theory of who did it, he does a thorough job of reviewing and mostly sidelining the theories of others. The truth is, we don't know who did it and in all probability will never know. For me, Lynch finally demolishes the notion that Elizabeth Stride was a Ripper victim. Once this is out of the way, the time pressure is off for the murder, an hour so later, of Catherine Eddowes. Likewise, Lynch has convinced me that the supposed Ripper letters are all irrelevant nonsense.

He also offers a valuable reminder that the Ripper was not as extraordinary as we often assume. He wasn't the only uncaught London serial killer of 1888, nor the most prolific, nor even the first. Whilst the East End was terrorised by Jack, someone was dumping female torsos in the western reaches of the Thames. The torso killer started in 1887 and was definitely still killing and dissecting in 1889. There is even a theory that he deliberately dumped one torso in Pinchin Street, Whitechapel, in order to put the blame on his knife-wielding rival.

I would not recommend Lynch's book to someone dipping a toe into Ripperology, but I would strongly commend it to anyone who finds themselves convinced by the better written works of Stephen Knight or Tom Cullen. And no one who has read as many Ripper books as I have can consider themselves a completest without it.
Posted by rogerwood at 16:36