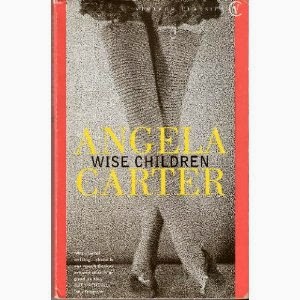 Carter's last novel, published a year before her ridiculously early death, is a tour de force of wit and imagination.  Dora and Nora are twin by-blows of the Hazard theatrical dynasty.  On the day of their father's hundredth birthday (and that of his long lost twin), Dora sets down her memories of him/them and her and Nora's own career in illegitimate variety theatre.  It's a novel about women but in no derogatory sense a 'women's' novel, any more than Charlotte Bronte or George Eliot are gender-limited authors.  That said, Carter's feminist brio - both characteristics increasingly historical in the age of Katie Price - is what makes the story fizz and spark.  The highlights are too numerous to mention.  Come to think of it, I can't recall any lowlights whatsoever.  A magnificent, truly beautiful book.  What a loss Carter was.
Posted by rogerwood at 12:44