The Invention of Murder - Judith Flanders 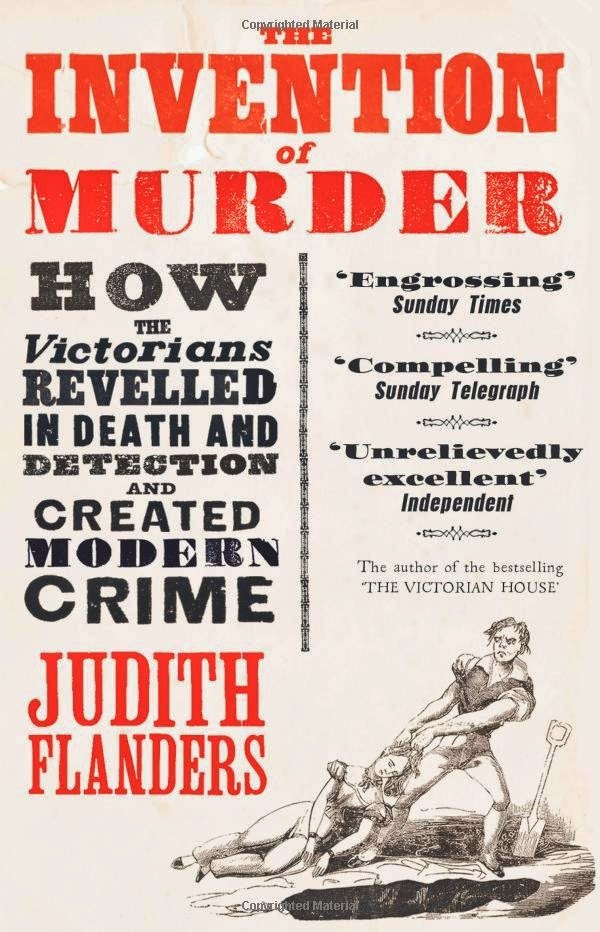 Judith Flanders has produced a huge book, incredibly well-researched, but the subtitle for me indicates its main flaw.  "How the Victorians revelled in Death and Destruction and created modern crime."  Yes, true enough but not peculiar to the Victorians.  The Elizabethans and the Georgians also revelled in true crime fact and fiction - consider Greene, Nashe, Fielding, and Defoe - and what really invented modern crime - that is to say, crime that is not entirely metropolitan - is mass transport, which admittedly came about during Victoria's reign although the steam train itself predates it.

Flanders, however, is a Victorian specialist and she knows her period in absolute detail.  Not all the murders considered here are either gruesome or even interesting - Flanders' point is that they all, for one reason or another, caught the public imagination and were reinvented, sanitised or elaborated on stage or in fiction.  She has made an exhaustive study of the yellow/gutter press, the 19th century equivalent of today's chip-paper/red-tops with their blithe disregard for truth.

For a thorough, single volume overview of British murder from the Red Barn to Jack the Ripper, The Invention of Murder would be hard to beat.  Individual murders or murderers have been explored better elsewhere.  What is absolutely invaluable for the murder buff, however, is the 40 page notes section.  I found many leads for stories that especially interest me - and, to be absolutely fair to Flanders - not all of them were Victorian.
Posted by rogerwood at 15:08