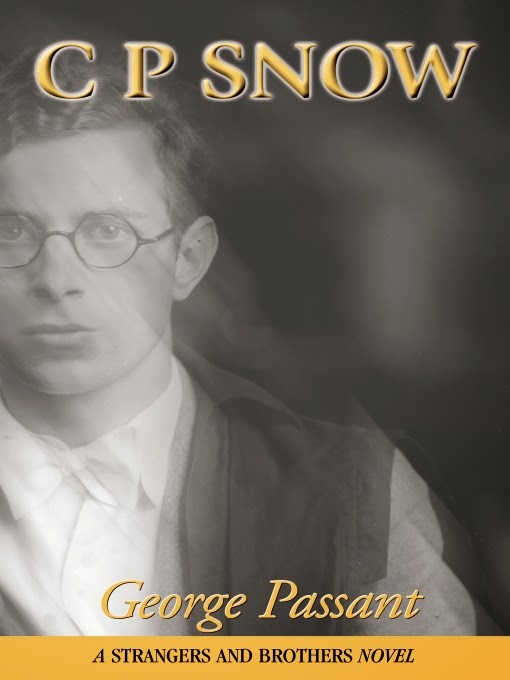 George Passant  is the first of Snow's famous and now largely forgotten Strangers and Brothers sequence.  Snow is a strange literary figure.  His peerage was for work in the civil service and other public good but I remember as a child how highly regarded his writings were.  He died around the time I wouldn't read a roman fleuve with a gun to my head and has never really returned to the public consciousness.

That said, I really enjoyed this book.  OK, it took a while to get going and the habit of anonymising Leicester as 'the town' while referring to the immediately surrounding area as Leicestershire was a minor annoyance throughout.  But once I got hold of the tone I couldn't tear myself away.  The narrator, Lewis Eliot, is largely characterless, an onlooker to the point where Passant's life starts to unravel.  Then what we have is a young man (Eliot) coming to terms with the shortcomings of his mentor (Passant), who in turn is brought down, in part, by the shortcomings of his mentor, the eccentric solicitor Martineau (of my favourite thoroughfare, New Walk).

The story begins in 1925 with the slightly older Passant creating a group of young acolytes who enjoy free-thinking weekends (and, we discover later, free-loving) at a local farmhouse.  Over the years the originals like Eliot and Jack make their own way and Passant rather lags behind.  Then he goes into business with Jack...

The period detail was fascinating, as was the blend of new and old.  Snow's writing style is not great - far too much use of the colon for my liking, and truly horrible chapter headings.  But he has the soul of a novelist and the mind of a great one.  There's nothing for it - I shall have to read more.
Posted by rogerwood at 12:51