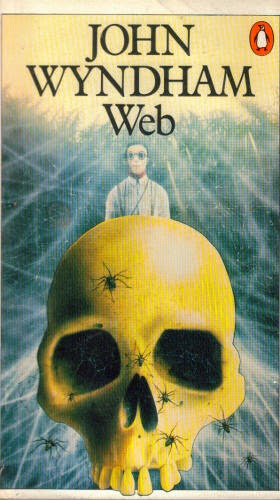 Web wasn't published until ten years after Wyndham's death.  You can see why Wyndham himself didn't publish.  Although the premise is sound, it isn't developed far enough.  Wyndham has got an ending - the only ending possible - but we must assume he thought he could and should add more incident in the middle section.  For my money, we could also have done with a bit less exposition in the first third.  But despite its faults, Web is still very much Wyndham - his customary theme of nature disturbed by man, the dry first person narration, and the occasional silly name.  It's a quick read but a perfectly satisfying one.  I've certainly read worse ephemera.