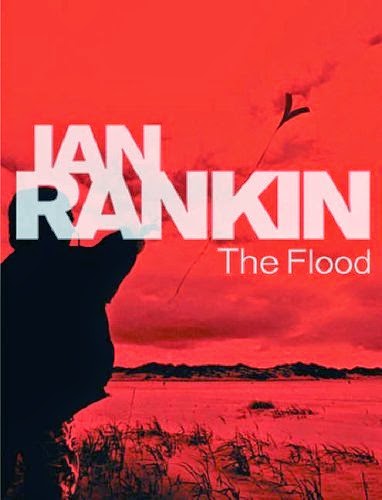 The Flood is Rankin's first novel, out of print for many years and republished in 2005 because, as Rankin says, original copies were going for silly money on the Internet.

In his introduction Rankin makes lots of excuses - it's a first novel, a young man's novel, he was doing other things at the time - but I suspect he is really very proud of it.  And so he should be.  I am notoriously not a Rebus fan, I like the 'Complaints' series and I always enjoyed his Jack Harvey thrillers.  I enjoyed The Flood hugely.  It may be old fashioned of me, perhaps even touchingly immature, but I like stories of outsiders and psychos with a touch of the macabre.  I especially like novels written during the Thatcherite Terror which encapsulate the damage done to the working classes.

What we have are Mary Miller and her son Sandy, father unknown, born when she was fifteen in a mining town in Fife.  Fifteen years later the pit has been closed and residents have had all the hope sucked out of them.  Sandy is about to experience first love.  For Mary it will be second love - she hasn't had sex or romance since the night Sandy was conceived.  But she's still only thirty or thirty-one and striking looking with her silver hair and dark eyes.  The rumour among the disaffected is that Mary is a witch.  She has so many secrets.  Is that one of them?

If there are any faults here, I am happy to forgive them.  For me, a cracking read that I devoured in just two sittings.  Highly recommended.
Posted by rogerwood at 16:34