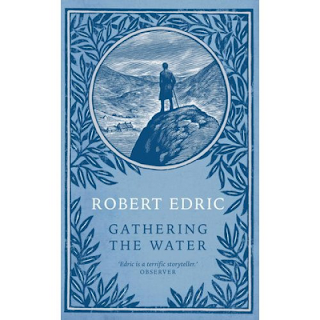 I was reminded strongly of William Golding - one man, isolated in extreme nature, utterly focused on a daunting task, in this case supervising the flooding of a Yorkshire valley to create a new reservoir to feed the demands of Victorian industry.  We really only have Weightman himself; the only other character of note, the slightly older widow Mary Latimer, with whom he is obsessed but not sexually, is and remains a bundle of secrets, and her sister Martha is genuinely insane.  The other locals resent Weightman, naturally, because he is drowning their world and driving them away.  At the end, only Weightman remains.

I continue to be impressed with Edric.  He is one of the few contemporary literary writers who has a distinct voice and subject matter.  I still don't understand why he isn't better known.  Apparently, Gathering the Water was longlisted for the 2006 Booker.
Posted by rogerwood at 11:52