I am a big fan of Ben Macintyre, his books, his TV programmes and his contributions to The Times. This is one of his early, minor works, commissioned in 2008 to mark the 100th anniversary of Fleming's birth. 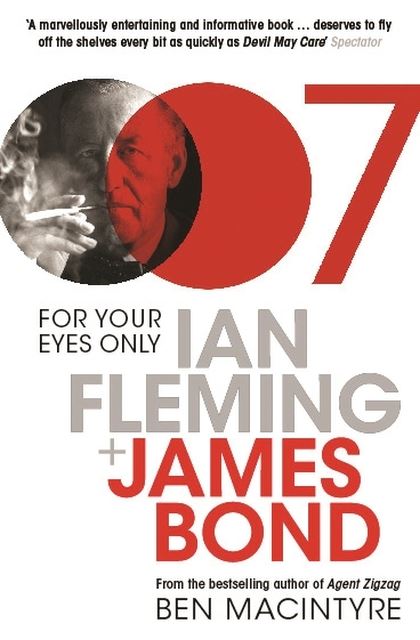 I am in no sense a fan of James Bond. I read perhaps half the novels as a child and gave up to the films after I fell asleep in Thunderball when I was eight or nine. I suppose I have seen most of the Connery and Moore movies on TV since then. I have seen none of the Dalton, Brosnan or Craig iterations and am very unlikely to now. I have re-read a couple of the books more recently. I remember Diamonds Are Forever and Casino Royale. The former is very flimsy, the latter rubbish. Ian Fleming is not an author I take to in any way.


So I am probably not the target audience for a book about Bond and his creator. Yet I enjoyed it. Macintyre makes no attempt to exaggerate Fleming's literary prowess, he relies on the undeniable fact that with Bond he created a worldwide icon and spawned two industries (film and follow-on books) that continue fifty years after his death. Instead he looks at what made the Bond books successful - chiefly the excitement of international jet-setting and hi-tech gadgetry in the age of postwar austerity. Macintyre uses his encyclopaedic knowledge of historical espionage to identify the originals behind the characters. He covers the basics of Fleming's life, the key moments that saw Fleming in Jamaica with time on his hands the urge to write the spy story to end all spy stories. I could personally have done with a little more about his older brother Peter, also a successful novelist and peripheral spy, and his influence on Ian. At the end of the day Ian Fleming was not an especially pleasant man and Macintyre tells us enough about his better side to leave us satisfied.


One unexpected result of reading Ian Fleming and James Bond is an inexplicable desire to look into some of the post-Fleming Bond novels. In particular I am keen to get hold of Colonel Sun, the first of the follow-ons, by a hard-up Kingsley Amis hiding behind the name Robert Markham. I read it when it first came out and hated it. I do not like any of Amis that I have read over the years, so why on earth I've just clicked to buy Colonel Sun on Amazon... What have you done to me, Macintyre? It'll be John Gardner's Bond next but it will never ever be Sebastian Faulks. You hear me? Unless---
Posted by rogerwood at 15:58