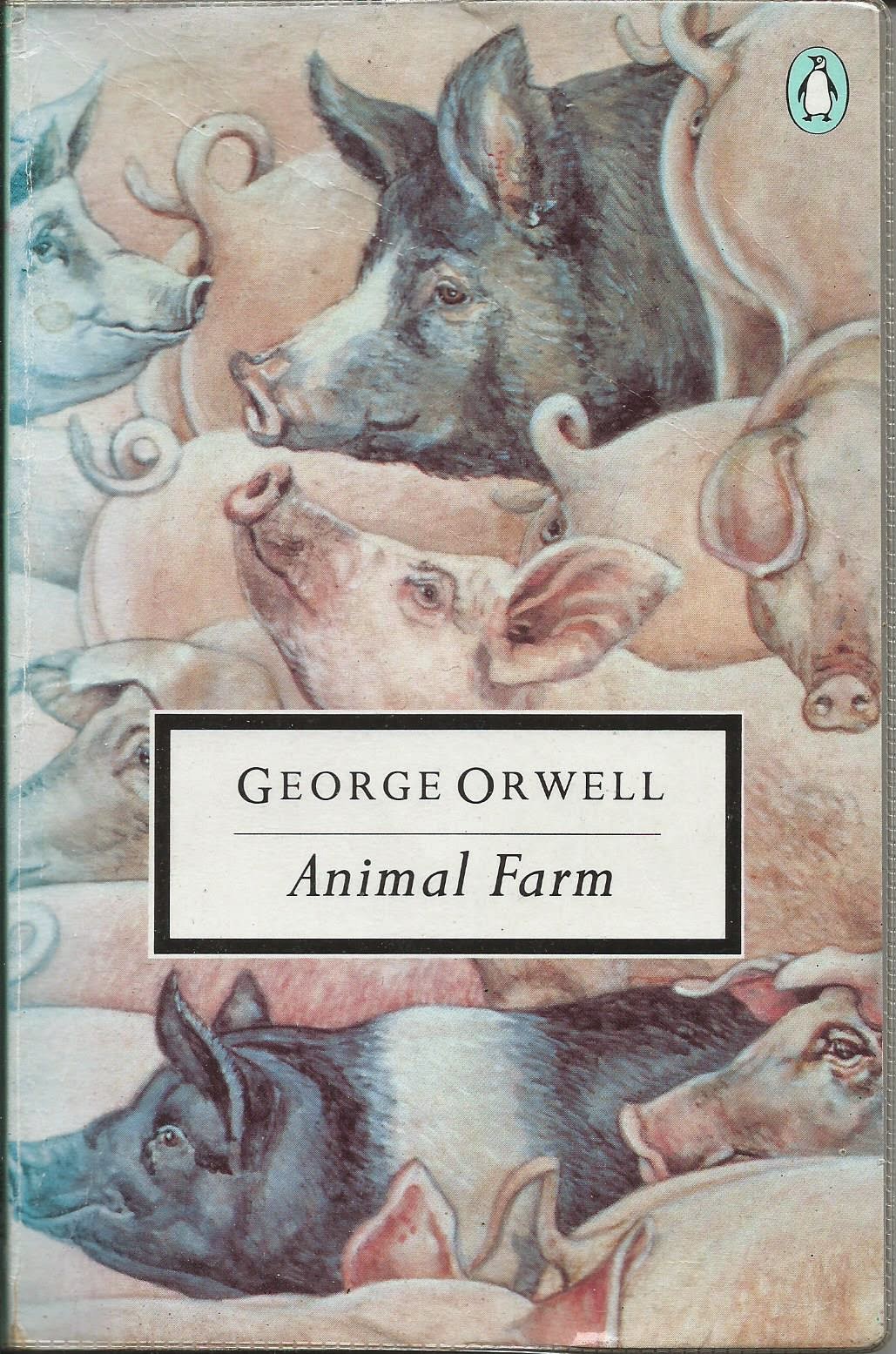 Perhaps the ultimate classic of left-wing English literature in the Twentieth Century, Animal Farm deserves re-reading at various stages in life.  I read it at school, enjoyed it, but didn’t really get the allusions.  I’ve re-read it now, as I approach one of life’s later milestones.  I get the references now, pretty well all of them, and I still enjoy the book at its surface level.  As a child I probably identified with either Boxer the hero-carthorse, or Snowball the renegade porcine revolutionary.  Now I identify with Benjamin the grumpy but long-lived donkey.
What has to be remembered is that Orwell wrote his satire in 1945 when Russia was our number one ally and, incredible as it seems to us now, suffered censorship for daring the criticise the regime.  It doesn’t seem strange that he was censored because we still are (as Orwell himself said in the suppressed preface, “The sinister fact about literary censorship in England is that is largely voluntary); no, the incredible thing is that the silent censors were pro-Russian.  Today, of course, you can have a profitable career writing any old bollocks about Russia so long as it’s hostile.
What I really liked about this 1989 Penguin edition is that it assumes you are literate and reasonably knowledgeable.  There are, thankfully, no pompous notes or tendentious polemics from the editor.  There is an introduction by Malcolm Bradbury, currently in post-mortem obscurity and probably overrated in life, but who at least understood satire and the Eastern Bloc, and a note on the text from the editor Peter Davison which I certainly found useful.  To flesh out the volume (the fable itself is only 95 pages) we have the original preface aforementioned and a further preface for the Ukrainian edition which I skipped.
The best thing about the fable is its length.  I don’t know how much Orwell re-wrote or cut; what we are left with, however, is just about perfect.  There are enough twists and turns to keep us hooked and sufficient jokes to remind us that it is, after all, a caprice.


Great fun from a good writer at his peak.  What more could we want?
Posted by rogerwood at 17:15