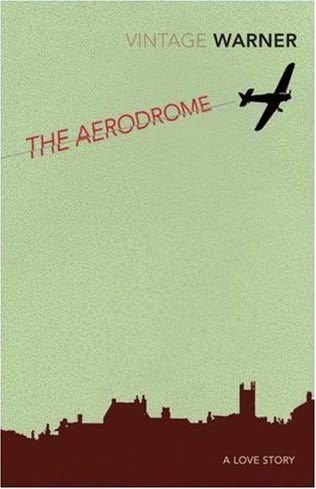 The most striking thing about Warner's dystopian classic is the date of its composition.  The Shape of Things to Come and Brave New World were both written in the Thirties and allegorised the rising threat of Fascism,  Animal Farm and 1984 are both postwar Forties and reflect the perceived Soviet threat.  But The Aerodrome came out in 1941, when the war was well under way and Germany and Russia were still allied.  What threat is Warner dealing with here?

It seems to me he is dealing with a much earlier threat, one which never came to anything.  In the immediate aftermath of World War I, when Britain had faced airborne invasion for the first time, when millions had died for no apparent gain and millions more were dying from Spanish flu, spread by the returning survivors of war - back then it must have seemed that revolution was a real possibility and the most likely revolutionaries were the newly skilled servicemen, especially those masters of the newest war technology, airmen.

That is certainly what they are up to on the unnamed aerodrome outside Warner's unnamed country village.  The airmen are unaccountable - the Flying Officer shoots the Rector, by accident, at the fair and succeeds him as Rector in time for the funeral.  Then the Air Vice-Marshal, who attends the funeral, takes a shine to young Roy, who has only just found out he isn't really the Rector's son, and persuades him to join the Air Force.  The Air Vice-Marshal has a plan; it seems to involve taking over; but we never find out what it is because---

And underneath all this is the question who is actually the child of whom?  It's not just Roy.  No relationship in this neck of the woods seem to be what it really ought to be.  It doesn't help that only three characters are referred to by name - Roy, Bess and Dr Faulkner.  Everyone else is the Rector's Wife, the Squire's Sister, etc.

It's all very enigmatic, almost deliberately obscure.  Take, for example, the subtitle, 'A Love Story'.  Oh no it isn't.  Yet it is constantly entertaining and beautifully written.  Chapter Twelve, in which the Air Vice-Marshal addresses his new recruits, is a masterpiece of dystopia in its own right.  This Vintage edition also has the bonus of an excellent introduction by Michael Moorcock.  Well worth checking out.
Posted by rogerwood at 12:53