A Farewell to Arms - Ernest Hemingway 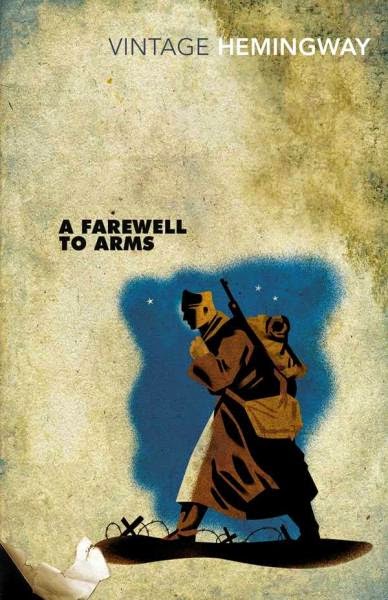 Published in 1927, A Farewell to Arms was the novel that made Hemingway.  The first-person narration makes it seem autobiographical, but it's not.  Hemingway was not in these battles and he didn't lose the real nurse in the way described here.  There are autobiographical elements, though.  Hemingway was, of course, a volunteer ambulance driver in World War I, he was badly wounded and decorated for it, he did fall for his nurse and - most disturbingly, his real wife was undergoing the traumatic delivery at the time Hemingway wrote the scenes that end the book.

I have listed the autobiographical elements because are the episodes in the novel that hooked me and kept me reading.  Otherwise, the rather antiseptic, offhand affair between Fred and Catherine alienated me.  Having now read the end sequence, I understand why Hemingway took the risk.  The detachment we feel - which he means us to feel - renders the ending all the more harrowing.  The ending makes the novel stupendous and is well worth waiting for.  In the meantime Fred Henry's wartime adventures, the characters he meets, and the brilliant descriptions of landscape keep us just interested enough.

A Farewell to Arms is one of those novels you have an emotional interaction with.  It's like a love affair in itself - frustrating, occasionally captivated, and when it ends, utterly devastating.  A true classic of world literature.
Posted by rogerwood at 12:15