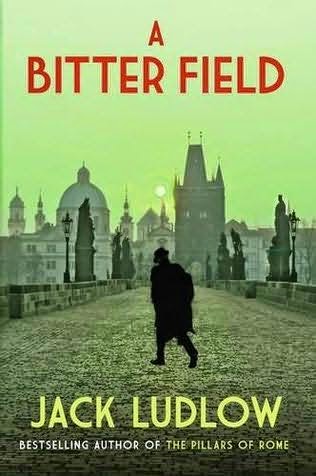 The third and final part of the "Roads to War" trilogy, I found A Bitter Field the weakest of the three.  It's as if Ludlow has decided three is it for Cal Jardine and kind of lost interest.  It's a shame because for me the setting - the Sudetenland on the very eve of Hitler's invasion of Czechoslovakia - is by far the most interesting of the trilogy. Nevertheless there are thrilling points (albeit the most thrilling - smuggling guns out of France - is the first third of the book), amusing points (Cal acting as interpreter), and a compelling sense of authenticity.  One thing's for sure - you can rely on Ludlow's research.  Enjoyable but not great.
Posted by rogerwood at 12:34